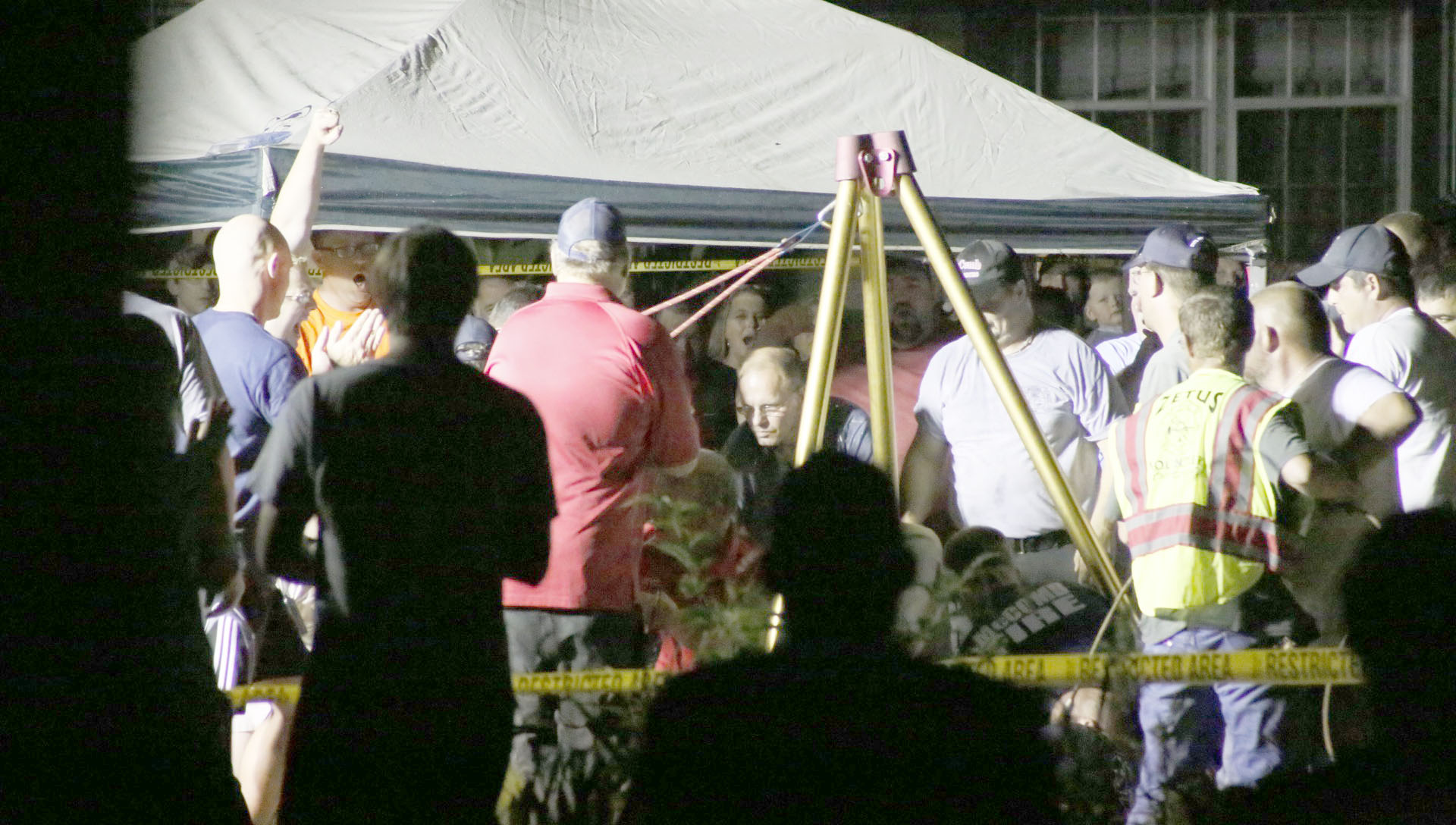 A child is pulled from a well on Gene Road Monday evening. He was rescued at about 8:05 p.m.

Updated story:
A 4-year-old boy was rescued unharmed after being trapped in a well for hours Monday evening.

Gabe Allbritton and his dog were trapped about 23 feet down a hole that had an 18-inch opening, according to Lincoln County Civil Defense Director Clifford Galey. He fell into the hole at 2116 Gene Road at about 5 p.m. Crews removed the boy at about 8:05 p.m. The dog was pulled out minutes later. The dog had been missing for about a week.

Rescuers cheered loudly when the boy was pulled out safely. He was immediately loaded into a waiting ambulance and taken to the hospital but was uninjured.

“I just can’t say enough about what everybody did to get this little boy out of that well safe,” Galey said.

Galey said the boy heard the dog barking while walking through the yard, turned around and then disappeared into the hole that the family didn’t realize was there.

Rescuers were finally able to get ropes under his arms and pulled him straight out, Galey said. Rescuers used a snare to get the dog out.

“He’s cold, he’s dirty and he’s hungry,” Galey said. “And we promised him a ride on a fire truck and we’re going to give that to him before we leave here tonight.”

Galey said the boy was well and talking with rescuers throughout the ordeal. He wasn’t stuck on anything but rescue personnel had trouble reaching him, Lincoln County Sheriff Steve Rushing said. Crews sent water down to keep the child hydrated.

Rescue crews from McComb, Hattiesburg and Jackson were called in. A host of Lincoln County volunteer firefighters were also on the scene during the incident. The Mississippi Emergency Management Agency and the state Fire Marshall were part of the rescue effort.

Updates below. Also updating on Twitter/Facebook.

Galey: Child is well and talking to emergency crews. He is not hurt. His puppy is down there with him.

“The most important thing is the child is in good shape right now,” Galey said.

Rescue teams are showing up from McComb now. A team from Hattiesburg is on the way.

Crews are sending water down to keep child hydrated. He’s not stuck on anything, they just can’t reach him. Opening is about 18 inches.

Four to five emergency personnel are actively working to get the child out. 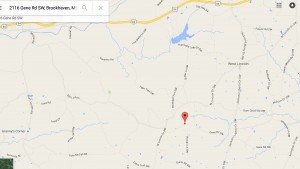 A child is trapped in a well on Gene Road, according to Lincoln County Civil Defense Director Clifford Galey.

Galey said a 4-year-old is in a well about 25 feet down at 2116 Gene Road. Emergency crews are on the scene.

We’ll update this story as we have more information.

Injured BC player released from hospital

A Bogue Chitto football player was released from a Jackson hospital Saturday after being injured on the field Friday night.... read more