Copiah Academy junior quarterback Jarious “Jay” Holloway, 16, was killed in a one-vehicle crash on the way to school Tuesday.

Copiah County Sheriff Derrick Cubit said Holloway died at the scene of the crash on Rutledge Road just before 8 a.m.

“Jay was such a good kid,” said Copiah Academy football Coach Paul Anderson. “He made a big impact at the school as a whole, we’re hurting and grieving so much right now it is unbelievable.” 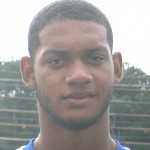 “There are so many good things to say about Jay,” said Anderson. “His character was impeccable. It showed in everything he did. When he smiled, the light of the Lord showed through him every second of his life. His parents raised a really fine young man. My heart aches for them.”

“The officials and I have agreed upon the cancellations of this week’s games, in respect of this young man’s family,” said Anderson. “This sudden loss was a great shock to our community and we want to give our players time to grieve as well.”

Photo by Kaitlin MullinsPam Cartwright is retiring from her position as office manager at the Brookhaven-Lincoln County Chamber of Commerce... read more