A Copiah County man was killed in a single-vehicle accident Tuesday evening, according to the Highway Patrol.

Joel Upton, 35, was killed when his truck left Hwy. 547, hit an embankment, overturned and hit several trees, according to Trooper Eric Henry. Speed may have played a factor in the crash, according to Henry.

Troopers responded to the scene on Hwy. 547 — one-half mile north of Hwy. 28 — at about 6 p.m. The accident remains under investigation. 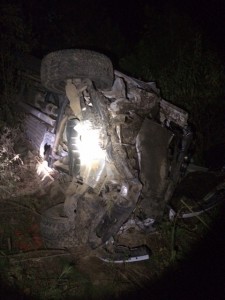 Image courtesy of the Highway Patrol