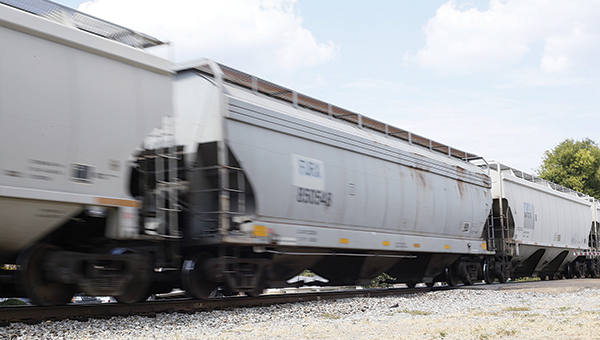 “We really don’t wanna know, but we do have a plan in place,” Clifford Galey, Lincoln County emergency coordinator, said about a potential catastrophic train derailment in Brookhaven.

After a train derailment in Vermont injured seven people on Monday, local emergency coordinators discussed what would happen if one of the largest presences in the city, the railroad, betrayed us.

“We’ve been blessed here, I guess you would say, that we haven’t had one that amounted to anything since I’ve been doing this,” Galey said about train accidents in Brookhaven.

Brookhaven Fire Department Chief Tony Weeks said he hasn’t seen a significant derailment or train accident since an incident involving a gasoline truck that was stuck on the tracks back in the ‘70s. This doesn’t mean they aren’t prepared, however, and the fact that Brookhaven hasn’t witnessed a dangerous train accident doesn’t stop emergency agencies from doing a drill every once in a while.

“A time or two we’ve had a passenger car and we simulated a derailment,” Galey said. “We had to remove some different chemical cars. And most of the time, if it’s not a passenger train, our biggest thing would be to seal the area off and contain it until the appropriate HAZMAT people could get here.”

That’s the dangerous part. Though passenger train derailments can be disastrous when severe, Weeks said the most threatening situations happen when freight trains carrying hazardous material leave the tracks.

Weeks said a lot of the material being transported through the heart of Brookhaven is crude oil — extremely flammable and dangerous to the environment. Entertaining the hypothetical situation, emergency response leaders described what would happen if a train carrying crude oil overturned in the downtown area.

The fire department would most likely be first on the scene, Weeks said, and would first assess the situation to figure out how to proceed. The Department of Transportation issues an Emergency Response Guide that has a plan of action for almost any circumstance. Weeks said placards on the rail cars have numbers representing what is inside, and responders find the corresponding situation in the guide and figure out the most dangerous considerations, the evacuation area and the equipment they’ll need.

Evacuating is the first line of business once a chemical or hazardous material has been identified. Weeks said for most incidents, this means a one-mile radius, maybe half a mile. If it were crude oil that spilled, the fire that would likely ensue would be so hot that surrounding buildings would be destroyed, and responders wouldn’t be able to get anywhere close. Most fires like this are best left to burn themselves out as adding water can carry the contaminants further from the source and often make the fire worse.

Galey and Weeks said that all local emergency agencies would work together as one large team to tackle their respective roles. Calls would be made to the railroad, which has its own special response team, law enforcement would help oversee evacuation and crowd control, EMS would handle patient care and eventually MEMA and other larger agencies would be dispatched.

Multiple firefighters with the BFD have taken the Train Emergency Response Class which has two levels. Weeks and Galey said this asset is key.

Vermont’s derailing was caused by a rock slide, but faulty cars or tracks can cause similar happenings. Though Brookhaven hasn’t seen a train derailment such as Vermont’s, there were two trains to leave the tracks within the rail yard last year. There have been no recorded train incidents this year.

A train carrying crude derailed in West Virginia earlier this year. The derailment shot fireballs into the sky, burned down a nearby house and caused fires on the ground that smoldered for days. The Federal Railroad Administration on Friday said a broken rail caused the train to leave the tracks.

A Brookhaven sculptor solidified Mississippi’s place — as well as his talent — in our nation’s history when his work,... read more