SPEAK OUT AGAINST CRIME 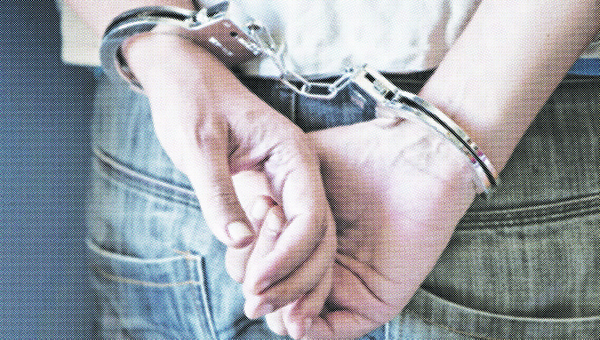 CRIMESTOPPERS 101
As of Oct. 1, Crime Stoppers USA has cleared more than 1 million cases. More than 675,000 arrests have been made because of information given. More than $1 million in reward money has been paid out. Lincoln County Crime Stoppers is not a member of CSUSA.

In many criminal investigations, people with information that could help law enforcement are too afraid of potential harm to come forward. Recent events and the trend of reluctant tipsters suggest Crime Stoppers could be a huge help in discouraging and solving crimes in Brookhaven and Lincoln County.

The 100 percent anonymous tip line is available for anyone to call with information about a crime. If that information is validated (leads to an arrest or helps solve the case in some way) the tip-giver collects a reward.

“I think a lot of people don’t remember it’s out there,” said Lincoln County Sheriff Steve Rushing. “And a lot of people don’t know how it works, but it’s totally anonymous. We don’t have any idea what number you’re calling from — it’s kind of like the old saying ‘We don’t want the name, we want the information.’”

A caller is never asked for his or her name or phone number but is assigned a number instead. The tip is passed along to the appropriate agency, and, if the tip helps solve the crime, it is reported by the agency and then to Crime Stoppers. Callers are instructed to call back with that number to see if their tip has been validated, usually after two or three weeks and periodically after that. If so, Crime Stoppers sets up the payment with a local bank and the caller picks up the reward using the assigned number.

That isn’t because it doesn’t work though, Rushing said, but more that the public simply does not know or remember the program. While law enforcement tries to get the message out, small agencies without dedicated public information officers rely on the newspaper or other outlets covering crime or publishing crime report logs. The local Crime Stoppers organization is currently undergoing a few changes and upgrades that may help any publicity gaps.

Crime Stoppers is set up at the local level, under a division of the Mississippi Department of Public Safety, and is overseen by a board of area citizens. The reward funds come from fines for certain tickets, which are collected by the court, submitted to the state and then dispersed by the state. The reward payout is up to $1,000, depending on the crime.

Residents may feel compelled at times to contribute to a cash reward for a certain crime, but Rushing said this must be done separately from Crime Stoppers. He said though it hasn’t been done recently, it is possible to set up a reward for a particular crime, it would just have to be established with the agency’s help, separate from Crime Stoppers.

“It’s a great program, a very valuable tool that could be used,” Rushing said. “It’s a great way if you don’t want your name mentioned to be able to call because we have absolutely no way to know whose calling. Your name is never used, and we never ask for it.”

The national Crime Stopper organization reports that 675,000 arrests have been made because of anonymous tips. More than 8,000 of those were for homicides.

The number for Crime Stoppers in Brookhaven and Lincoln County is 601-823-0150. Anyone with any information about crime, recent or otherwise, is urged to call.

Photos by Julia Miller / Kelly Walters, an MSA instructor, currently has several pieces of art on display at the... read more