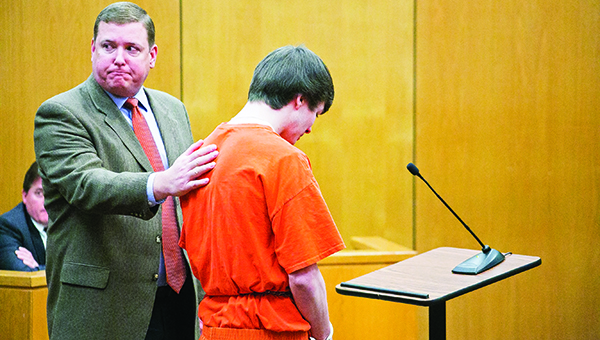 Photo by Kaitlin Mullins / Nelson Estess (left) supports Charles Acy as he makes a statement after pleading guilty to aggravated DUI homicide in the deaths of Jevonta Dickey and Shaquan Richardson. The incident took place on Oct. 14, 2014.

In a somber hearing on Tuesday, Charles W. Acy III pleaded guilty to two counts of aggravated DUI resulting in the deaths of Jevonta Dickey, 18, and Shaquan Richardson, 18.

Dickey and Richardson, both Brookhaven High students, were killed in a car accident in Brookhaven on Oct. 14, 2014, when the vehicle they were traveling in was struck by Acy’s 2003 Hummer. Acy, 19, has been in Lincoln County jail since the time of the incident.

The sentence was the recommendation of the special assistants to the attorney general, Jim Giddy and Larry Baker.

The mothers of Dickey and Richardson, Virginia Harris and Shirley Porter, respectively, in letters read during the hearing on their behalf asked Vollor to render the maximum sentence without suspensions or conditions.

Porter wrote: “I feel the maximum sentence should be enforced. He should be held accountable for his actions, which led to the death of two innocent young men trying to get an education with a very bright future. I lost a part of me, and he needs to lose his freedom — not to do something like this again. I pray justice will prevail. That will never stop my pain and suffering. At least he has a chance at life — something that was denied to mine.”

The potential sentence for aggravated DUI in Mississippi is five years (minimum) to 25 years (maximum) for each such injury or death, according to Mississippi Code. In Mississippi, DUI-related injury and death cases are usually punished more harshly than violent crimes that are intentionally committed.

On the sentencing, Attorney General Jim Hood said in a statement, “We greatly appreciate the hard work and support of the Brookhaven Police Department and Judge Vollor’s solid sentence.”

The parents of Dickey and Richardson present Tuesday each said they knew nothing anyone said or did could bring the boys back. This sentiment was echoed by Judge Vollor as well as Acy’s attorney, Nelson Estess, when reading a statement on behalf of Acy and his family. Friends and family of the two young men were present, filling more than half of the courtroom.

“I’d give anything to see my son walk through that door right now. Anything in this world,” said Richardson’s father, Keith Richardson, his voice stifled at times by emotion. “Because I miss him. I have to go to bed at night with his pictures surrounding my bed just to try to hold on to the memories of him. I don’t think anybody can imagine how hard this is for me. I just hope justice is served, and I hope my son’s death was not in vain.”

After Estess read the prepared statement, Acy took the opportunity to make a statement.

Acy’s toxicology reports showed he was under the influence of marijuana and alprazolam (Xanax) at the time of the crash. Officers reported Acy was traveling over 70 mph and was at full acceleration at the time of the accident. Dickey and Richardson were on the way back from a softball game they attended for school credit, traveling in a 2008 Ford F-150 when the truck was struck in the 900 Block of Union Street. Richardson was pronounced dead on the scene, and Dickey was transported to King’s Daughters Medical Center where he was later pronounced dead, according to Deputy Coroner Ricky Alford.

After Judge Vollor determined Acy’s sentence, he said he felt compelled to make an additional statement.

“I would encourage the families to seek solace in God, and I would encourage Mr. Acy to do the same thing. I visit the prisons regularly with a group of Christian men, Chiro, to bring Christ to the prisons. They are the devil’s workshop. They are hell on Earth and, Mr. Acy, I encourage you to try to cling to the Lord in prison.” 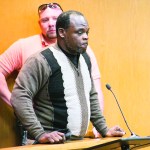 Keith Richardson spoke during the hearing to ask for the maximum punishment for the death of his son, Shaquan Richardson. 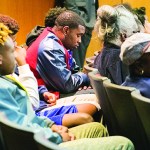 Family and friends, above, gathered in the courtroom Tuesday to hear Charles Acy enter a guilty plea.

Acy pleads guilty to aggravated DUI; gets 30 years in jail