‘O’ Foundation pressing on with goals 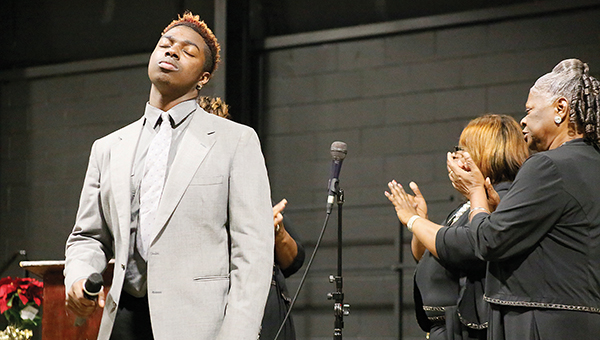 It wasn’t the largest crowd. And the funds raised fell short of expectations. But “O” Foundation founder Rose Powell was not deterred.

VIP J.W. Morgan was unable to attend Thursday night’s fundraiser event due to sickness. The event typically attracts about 150, but was down to 40 this year.

“There was also a lot of other things going on tonight,” Powell said. “Last year, we had it later in the month, too. This is the beginning of the month. We just finished the Christmas parade. There’s a lot of stuff going on.”

Unfortunately, Powell said the money raised this year will barely be able to pay for the event. This means plans for donating to scholarships will have to be put on hold. But Powell said the event was a fun one regardless.

“We had great food. We had singing. We even had a cake made like a radio,” Powell said.

Despite the fundraiser’s performance, Powell shows now signs of slowing down. She’s working on plans for an event in February for Black History Month, and in May, a marathon across the county.

The “O” Foundation’s mission is to fight obesity in the community. According to the Center for Disease Control and Prevention, there are more than 72 million obese adults in the United States. In Mississippi, over 30 percent of adults are obese. Obesity is defined for adults as having a body mass index of 30 or higher.

Powell said she hopes to promote more physical activity among children and adults. In January, she’s asking that used bikes and skateboards that have been replaced in the holiday season be donated to the organization. She’s also looking for volunteers who can do repairs.

“We’re trying to start up a jump-rope competition. That’s getting to be a big thing coming back is jump-rope. We’re going to be working on that this summer, too. That has become a national competition now.”