Working together for Wish Tree 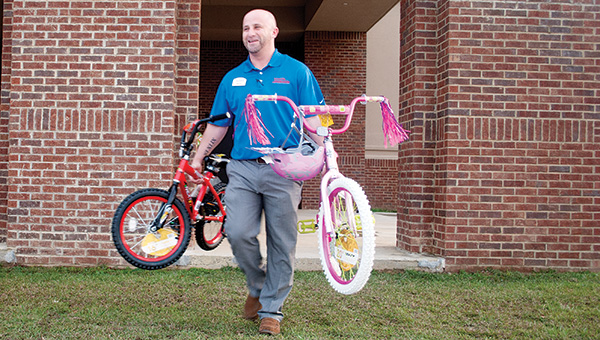 Photos by Julia Miller / Above, James Case of Toyota of Brookhaven helps carry bikes to people’s vehicles during Wish Tree distribution. Over 200 children were served with this year’s community effort led by Junior Auxiliary.

Efforts have popped up all over the community to help bring Christmas to underprivileged children this season. Among those efforts, Junior Auxiliary’s Wish Tree project stands out for having widespread support from the community and local businesses.

Junior Auxiliary put trees up in eight different locations — double the number from last year, according to JA Wish Tree Co-Chairman Mendez Vaughan. Each tree was covered with ornaments giving a child’s interests and sizes for shoes, shirts, and pants.

Toys were given out to those families Dec. 10 at the FEMA building. 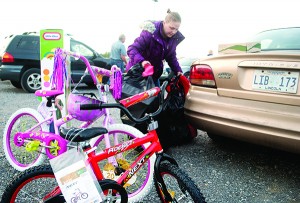 “It was a fabulous turnout. People had to stand in line. Not one complaint, they had a smile on their faces. … After your article that someone had donated 285 bikes and 285 helmets, Prentiss Smith with Toyota of Brookhaven called and said that his wife had read the article,” Vaughan said. “[She] forwarded it to him, and he said, ‘I’m calling to let you know that I’m sending eight guys and eight trucks.’ They blew up all the bike tires, and also they followed people home who were not able to lift the bikes or did not have adequate car space to accommodate their bikes. 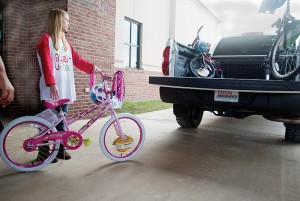 Vaughan did have a list. Many of the sponsors this year were local businesses, which Vaughan said really helped because individuals often feel intimidated by the ornaments.

“They feel like they have to buy everything, and that’s not the case,” Vaughan said. “When organizations come together, we just like to highlight that, so that will give people ideas in the future, like ‘I can do that with my work’.

“The King’s Daughters pharmacy, they buy for children every year as a group. Wal-Mart Distribution asked for a tree for their employees. They have a lot of employees from out of town, so we even had people out of town providing gifts for our children this year. Perkins Hardware, they donated 137 pairs of boots, and both Fred’s Dollar Stores, they did a toy drive. Their businesses donated toys, and they asked customers to do so as well, and they usually give out for Toys for Tots, but they did that for Wish Tree this year.”

• Everyone who adopted a child or donated