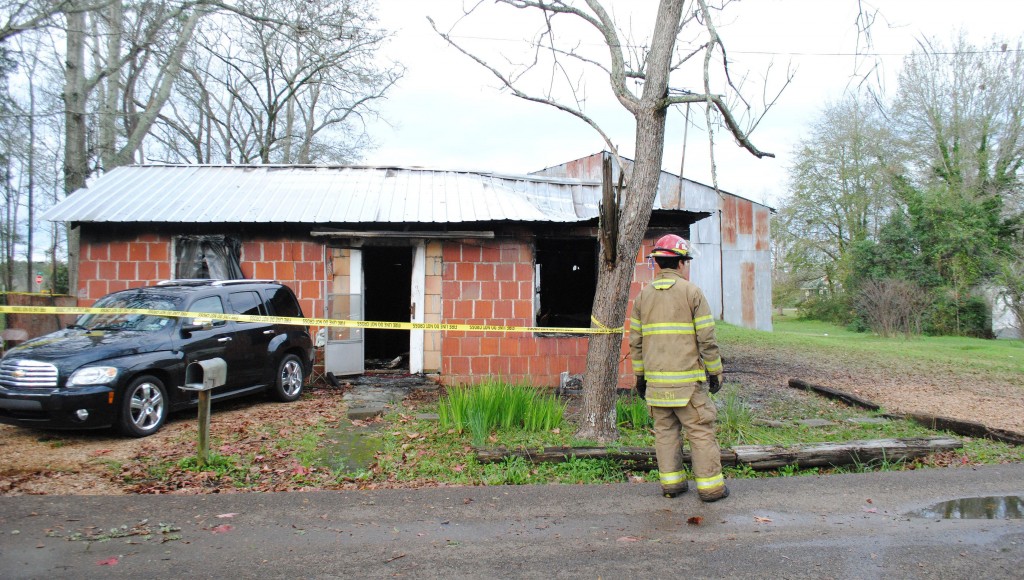 The scene of a house fire on Washington Avenue.

One person was killed in a house fire on Washington Avenue Monday morning, according to Brookhaven Fire Chief Tony Weeks.

The Brookhaven Fire Department responded to a call of a structure fire at 6:02 a.m., said BFD Captain Eric Smith. Smith said upon arrival, neighbors indicated there could possibly be a person inside the residence. Smith confirmed there was one fire fatality. Deputy Coroner Robert Tyler identified the victim as Jerry Sanders, 44, who was pronounced dead at his residence at 807 Washington Ave. at approximately 7:15 a.m.

Bruce Benson, a neighbor of Sanders who was at the scene, said neighbors tried to help the man the believed to be inside but were unsuccessful.

“This morning about 5 a.m. my neighbor down the street knocked on the door hollering that the ‘House is on fire, house is on fire.’ We came to try and get him out, but it was engulfed. Couldn’t nobody get in,” Benson said. “By the time the fire department came and put it out, he was in the house, he was gone.”

“We haven’t finished the investigation,” Smith said. “We really don’t know why there was a fire yet. The body has been sent off to the state medical examiner for autopsy.”