Mother of victim speaks out 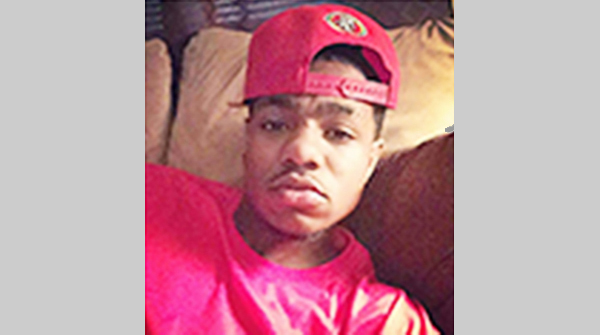 The mother of a man killed in Brookhaven Christmas Eve says her son was not involved with drugs and any description of the crime being drug-related is inaccurate.

The attempted robbery-turned-shooting is believed by police to have been a set-up, and the mother of 22-year-old Julian Gayten said this is the horrific end result of a longer series of events.

Gayten was found shot at his residence at 703 North Jackson St. Not far away, 17-year-old Jaquarius Jones was found on Flora Street before being transported to King’s Daughters Medical Center, where he was pronounced dead at about 7:30 a.m. by Deputy Coroner Robert Tyler. Police Chief Bobby Bell said the initial call came in at 7:01 Thursday morning when Jones ran into the road on Flora Street and collapsed.

The 17-year-old female who was at the house has been charged with conspiracy to commit robbery and conspiracy after the fact to commit murder. Marionne Shlik Keys is currently in Lincoln County jail. A $50,000 bond was set for Keys in her arraignment Tuesday morning. The next court date for Keys is set for Tuesday, Jan. 5. at 11 a.m.

Police initially described the shooting incident as drug-related, but didn’t say that Gayten was involved with drugs. There is no mention of drugs in the police incident report. Bell said drugs were not involved in the incident.

“That was not him,” Elmira Gayten Williams said of her son. “He was a very humble young man, goodhearted, came from a good family, was in the church, knew the Lord. We prayed together. They had things most children do not have. We have lived a wonderful, wonderful life, we never wanted for anything.”

The Christmas Eve attempted robbery incident is not the first call of that nature, Williams said. She and her sister have both called the Brookhaven Police Department multiple times since May of this year to report suspicious activity related to attempted burglaries, harassment and break-ins.

“We’ve made reports from May till December,” Williams said. “On Dec. 19 my baby called me and said ‘Momma I’m scared, I see something.’”

That’s when Gayten got a firearm to keep at the house for protection, which was later stolen, Williams said. Williams said the Christmas Eve incident was incited by jealousy, not some of the back-and-forth or drug-affiliated violence Brookhaven has seen much of lately.

Williams said Gayten was free to make music while keeping his aunt’s house on North Jackson. He had music equipment, no bills and never wanted for anything, and Williams said people knew that. He was targeted. Williams said Gayten didn’t know Jones, but had known Keys through his patronage at her family’s restaurant. Williams said for over a year, Keys had been watching him and gained his trust as a friend.

Williams said that Christmas Eve morning, also Gayten’s father’s birthday, he texted him jokingly about wishing him a happy birthday. When Gayten never responded, his dad knew something was wrong, and later received the devastating phone call.

Bell said it appears that early Christmas Eve morning Keys was text messaging Gayten and ended up at his residence. Keys had also been talking with Jones, with whom she was discussing robbing Gayten, Bell said. Bell said Jones went over to the North Jackson residence and gunfire erupted. Bell said Gayten and Jones ended up killing each other, but didn’t specify who might have shot first.

“I have to advocate for my baby,” Williams said, “because he can’t for himself.”

She said she feels as if her son’s death is being treated as if it was somehow brought upon himself, which isn’t the case. The 22-year-old didn’t go out, drink or smoke, she said, adding that he would decline to buy beer for others when he turned 21. Williams said her son stayed around family, and outside of family he sometimes felt harassed for having nice things.

Ray Gayten, a relative on the scene Thursday morning, expressed disappointment in the violence in Brookhaven.

“We need to get these guns away from these young people,” Gayten said. “Instead of investigating drugs they need to be investigating these murders. Whatever it is if they don’t have the equipment — get it. We’re sick of this in Brookhaven.”

A candlelight vigil will be held by the family at 5 p.m. today at Gayten’s residence at 703 North Jackson St. Williams said she is starting a foundation, Justice for Julian, that will provide scholarships to law officers who have a love of God, family and community.

“That’s what I want to come out for my son,” Williams said.

He wasn’t “in the streets,” so to speak, Williams said. “You can ask anyone upstanding in Brookhaven, white or black, he wasn’t on a level like that. He was a stand-out, he was unique.”

“When it comes to the Gayten family, we are involved, we’re very close-knit, we worked hand-in-hand [to raise our boys] that’s how close we are. Everyone’s hurting, we’re hurting. I want to forgive the person or the people that did this horrendous act of crime against my son and it’s only because I’ve got the love of Jesus in me. I have to give it God. Justice will prevail,” she said.