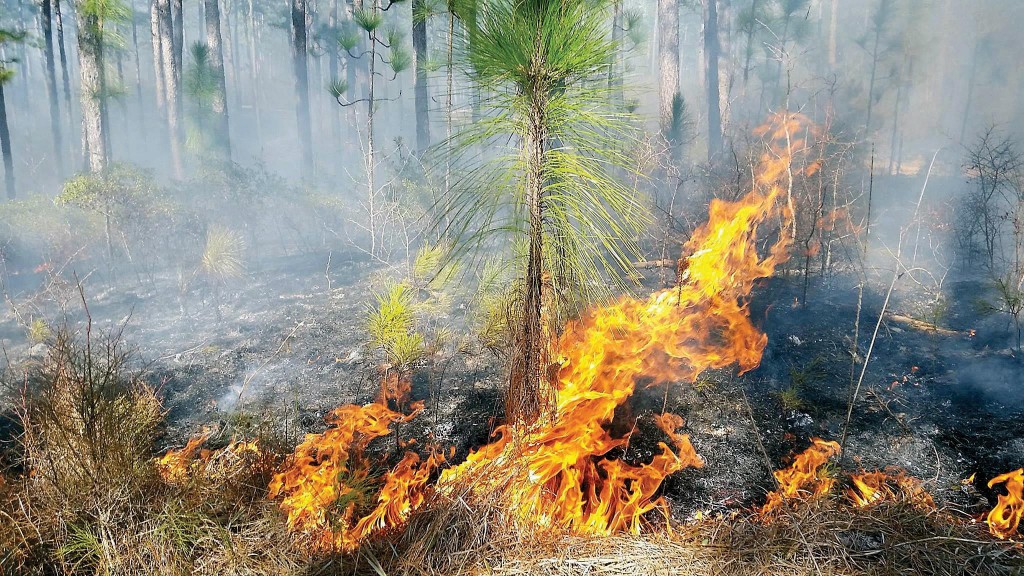 Residents of Lincoln County may have noticed smoke rolling through the area this week.

The smoke was the result of a prescribed burn of 626 acres in the Homochitto National Forest. The fire was intentionally set by the Forest Service in order to simulate fires that would otherwise occur naturally in a controlled way.

“Before people were here, lightning is what lit fires on the landscape,” Fire Management Officer Jeff Bein said. “There’s a lot of research and documentation concerning that.”

According to Bein, there are a number of environmental benefits to allowing the forest to burn in a controlled way.

“It reduces fuels in the forest,” Bein said. “It fireproofs the woods, essentially, for about two years. Anytime you’re burning fuels, it makes sure you don’t have to worry about wildfires in that area. Also, it’s a historic event that occurred long before people were here, and a lot of the species — both plant and animal species — are dependent on fire. The other thing, there’s a wildlife benefit, not only for game species such as deer, quail and turkey, but we do manage an endangered species here called the red-cockaded woodpecker that’s also dependent on fire. They can’t survive without the woods being more open and park-like. That’s one thing that fire does for the landscape.”

Bein said planning takes about a year, and conditions have to be just right to start a burn.

“It starts with the weather,” Bein said. “In a national forest in Mississippi, and all forests in the national forest system, we have a specific set of weather parameters that we have to stay within: temperature, humidity and relative wind speed. So we have to get what we call a spot forecast, a weather forecast, from the National Weather Service office in Jackson, and it has to meet all those criteria.”

The fire is prevented from spreading outside of the burn area by what Bein calls control lines — barriers that a fire can’t easily jump.

“The control lines of that 626 area were a combination of natural features, gravel roads and a creek on the east side,” Bein said. “Then dozer lines. Before we ignite the burns in the past weeks, we had taken a bulldozer and actually scraped the fuel off the top of the ground and created what we call a dozer line that serves as a fire break where we couldn’t use a big creek with water in it and a gravel road. So we use a mixture of natural features that will serve as a fire break, and also we’ll put in fire breaks with equipment. And sometimes we’ll use rakes, too, if the ground’s too steep to run the dozer on.”

It may seem like a forest fire would be a danger to the wildlife in the forest, but Bein said the animals are well adapted to dealing with fires. 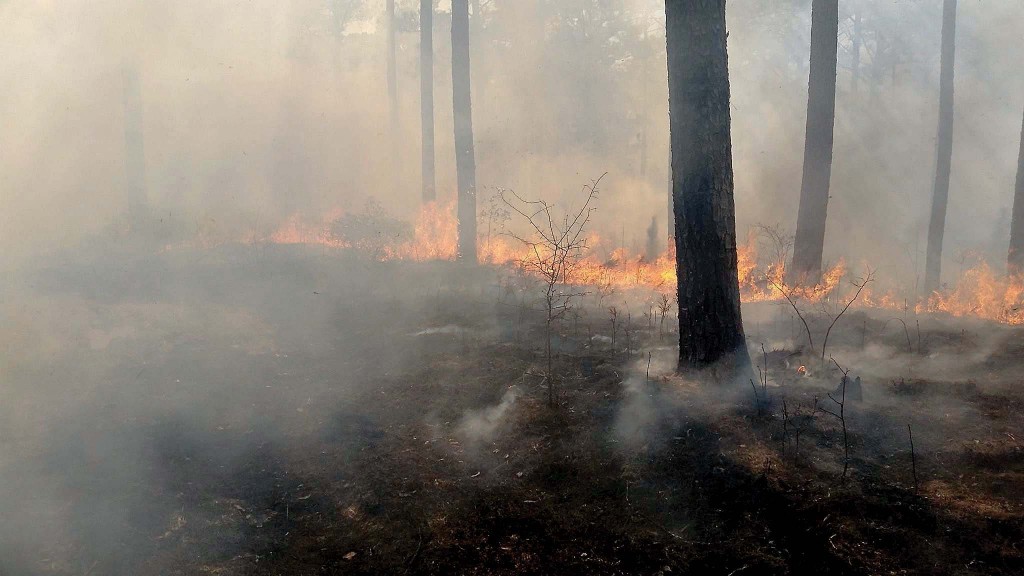 “Deer, rat — the animals have been here a long time and fire has been here just as long as they’ve been,” Bein said. “All our animal species in the Southeast are adapted to fire. Deer are so mobile, we’ll see them coming out of the fire and sometime we’ll see them going into the fire. But they’re fast and they can jump, and I’ve never seen or heard of a deer getting caught.

“Turkeys, birds fly out. Turkeys use our burns the next day after we burn. We see them scratching in our burns. All the species that we’re dealing with in the forest have survived and coexisted for eons with fire in the woods, because it’s a natural event.”

The Forest Service ignited the Homochitto fire at 10 a.m. Wednesday, and the smoke was still moving east later that day. Bein said there was an officer from Homochitto National Forest monitoring the situation in Brookhaven.