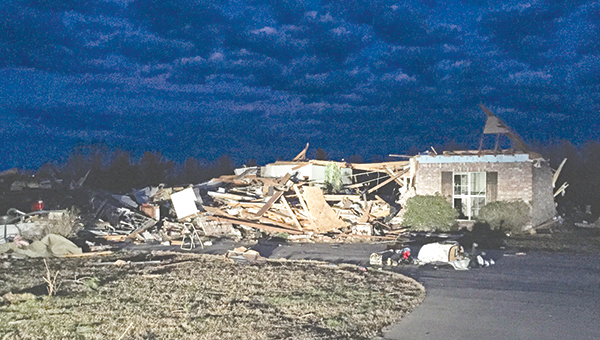 Photos by Alex Jacks / The scene on Sandhill Road in the Stronghope community of Copiah County, where multiple homes were destroyed, was littered with fragments of houses Tuesday evening.

The National Weather Service in Jackson confirmed six tornadoes hit several counties in Mississippi on Monday. Copiah County was hit by an EF-2 tornado with 130 mph peak winds, the NWS confirmed on Tuesday.

The strongest damage the NWS storm survey crews found by Tuesday afternoon was in the Stronghope community, where multiple houses were destroyed.

“The tornado began along Highway 51 just southwest of Wesson,” NWS said. “As it tracked northeast, it snapped many hardwood trees. It also caused roof damage to Wesson Attendance Center as well as downing trees that fell on employee cars. As the tornado continued across the southern end of Beauregard, it continued to down trees with one falling on a house. Another house had minor roof damage.

“As the tornado passed south-southeast of Sandhill, it became more intense with numerous trees snapped along Beauregard Road. The worst damage occurred on Sandhill Road, where a home was obliterated. This is where the tornado reached its most intense point and winds reached 130 mph.”

The twister then continued into Simpson County. It had the longest path of Monday’s tornadoes.

Copiah County Emergency Coordinator Randall Drane said Tuesday afternoon that most of the Stronghope community was without power. They are hoping it is restored today.

Wesson Attendance Center suffered minor damage, as did one business. Copiah County School District Superintendent Rickey Clopton said the main damage occurred on the high school side of the facility.

Students were at the school when the tornado hit, but no one was injured. Classes were cancelled Tuesday.

In Tuesday’s Brookhaven Board of Aldermen meeting, board members and other city officials praised the work of the street department, who traveled to Wesson and Copiah County to assist in clean-up efforts.

Street Superintendent Bert Wilson lent his department, being more equipped than the smaller Wesson department, to clear roads. Drane said as of Tuesday afternoon all roads are open and though the county was strongly affected by the severe weather, there were no injuries reported.

“It was just one of those things you can’t predict and it just throws down on you,” Drane said. “Luckily we had no injuries. Fortunately we have the volunteers we have, as well as the citizens and volunteer organizations that are more than willing to come out and assist during these times of disaster.”

There were minor injuries reported after people were reportedly thrown from a mobile home near the Copiah and Lincoln County line that was destroyed. The mobile home, located at 3779 Jackson-Liberty Road, served as a daycare run by Ashley and Ryan Terry. Ashley said they were inside with three children when it was blown over.

The children had some bruises and minor injuries, Ashley said. The National Weather Service confirmed the reports of minor injuries. 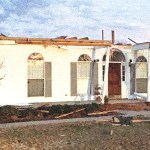 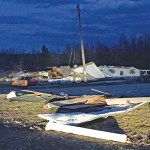