The Union raid of Brookhaven 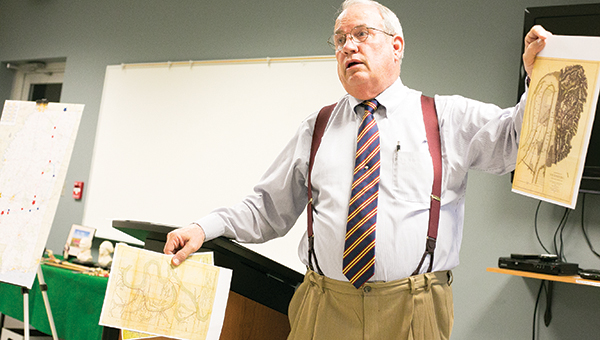 Local history fans learned about Brookhaven’s brief but interesting involvement in the Civil War in an event put on by the Lincoln County Historical and Genealogical Society Thursday evening.

Approximately 50 people packed into the Jimmy Furlow Senior Center to hear local attorney and history scholar Joe Fernald speak about Union Col. Benjamin Grierson and his raid through Mississippi during the Civil War. There were also a drawing for the new book “Images of America: Lincoln County, Mississippi” and refreshments.

Fernald prepared packets for those who attended that were comprised of articles on the subject and copies of several hand-drawn maps from the Civil War era. He used a detailed map of Mississippi that illustrated the lines of attack led by Grierson and the other military leaders seeking him.

Traveling at a tremendous pace — 600 miles in 16 days — Grierson led 1,700 men down through Mississippi in such a way that confused and rattled the Confederate leadership. The only goal was to destroy as many train depots as possible to cripple travel and supply transport.

The campaign headed to Hazlehurst and proceeded to gather all military supplies at the town’s train depot to be set on fire.

“The fire’s so big it starts to set the town on fire,” Fernald said. “Grierson orders his men to get off their horses, set up a fire brigade and put the fires out. They stopped the town of Hazlehurst from burning down. Because his position was that they were not going to destroy private property. One, he didn’t think it was right, and two, he didn’t want to raise the ire of all the folks in south Mississippi who could tell the army where he was and send scouts to go find him.”

Fernald said shortly after, the men traveled to Brookhaven, spending the night on land presently occupied by Dr. David Strong.

“They do the same thing in Brookhaven,” Fernald said. “They come in, they load everything up, and they get ready to burn everything down. They get to the point that they have all the supplies there, they set them on fire, and the town catches fire. Immediately he goes through the same drill, he sends his men to help the townspeople put the fire out.”

This event concluded Lincoln County’s brief involvement in the Civil War, which ended soon after. Fernald said at the point that these events took place, anyone could see the Confederates were fighting a lost cause.

The historical link to Lincoln County and the somewhat unusual actions of Grierson make his raid quite interesting for those who care about history. Fernald added that Mississippi has several great battlefields to visit.

“In many cases it’s the people who were civilians, who were brought into the field to serve their country who made the difference. Grierson was just a piano player; he was a musician, and they gave him a job. He never flinched; he did it, and for that he was praised by both Grant and Sherman — two of probably the most brilliant generals we’ve ever had — regardless of what their tactics were. And they both said it was one of the greatest raids that had ever been conducted, and Brookhaven was part of it.” 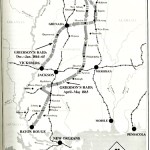 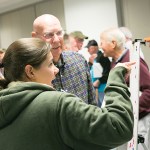 History enthusiasts discuss a detailed map that illustrated paths of Union and Confederate campaigns in Mississippi during the time of Colonel Benjamin Grierson’s raid. 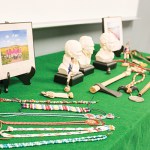