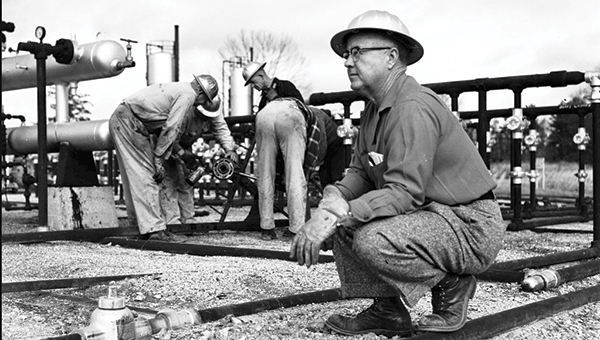 Record low oil prices are a double-edged sword. Consumers may be benefiting at the pump, but the local oil industry is suffering.

From around $115 a barrel in July 2014, oil is now hovering near $30 a barrel. For those traveling the roads in Mississippi this translates to an economical $1.40 per gallon average for gasoline. Those who make the roads are benefiting as well, with cheaper asphalt making fixing roads more affordable. Brookhaven officials recently cited cheaper asphalt among other factors as why it was a good time for the multi-million dollar paving project to begin.

“It has definitely made those jobs cheaper,” said Ryan Holmes of Dungan Engineering.

But for those on the other side of the oil industry, times are tough. Layoffs and cutbacks have left many out of work.

“I was in the drilling sector of the oil field when I got laid off,” said Taylor Roberts of Wesson. “I am now working in the production side, which is completely opposite. I was laid off for three months before I found another job.”

Unfortunately, his story is not unique.

“Most people are out of jobs. Being laid off affected me being able to pay bills,” Roberts said. “I bought a brand-new house a month before I got laid off. I had to tap into my 401(k) to pay them. Right now, I am going to stay on the production side if it stays busy. It doesn’t look like 2016 is going to be busy though so I might come home and start boiler-making.”

Jerry Wilkinson is the process operations technology instructor at Southwest Community College. The program at Southwest that qualifies students for jobs in oil and gas production hasn’t seen a drop in enrollment, but the jobs available to graduates have declined.

“We have a lot that go off shore or onto land rigs. However, right now there are not a lot of opportunities for that,” Wilkinson said. “We have a waiting list every year, including last year. The drop in oil prices has affected the job placement of students graduating from the program, though. Layoffs in the industry have been tough.”

Wilkinson said in 1983 there was a similar situation where the prices dropped drastically. Companies had to cut back operating expenses to stay afloat at that time, he said, and the same events are taking place now.

“The first place layoffs start is in drilling, which is the area that has the greatest impact. Rigs only need a minimal number of people to keep a rig going,” Wilkinson said. “The next place to lay off is in construction. If you are not drilling then you don’t need new facilities. Operations are usually the last to experience layoffs — and they are experiencing them now.”

Patrick Sullivan, president of the Mississippi Energy Institute, said hydraulic fracturing, or fracking, is responsible in part for the abundant oil supply in the U.S., one of the factors in low oil prices.

“An explosion in oil and natural gas production because the new technology and method that was developed to extract oil and natural gas out of tight formations, most on private lands, in my opinion, is one of the most significant economic events to ever happen in the U.S.,” he said.

Sullivan said the impact is seen in low prices for oil, gasoline, natural gas and electricity.

“From what we can find out — now I’m not an expert, just an observer,” Wilkinson said, “but over the last five to 10 years our industry has been fracking, which is a way to deal with shale formations to get additional crude out of them. Fracking allowed us nationwide to get close to becoming industry independent, and possibly have the opportunity to export oil. Fracking is expensive though.

“Saudi Arabia decided to flood the market to drive our fracking out of business, making drilling costs higher. Companies heavily invested are struggling, and until it moves back up to $50 a barrel, they will struggle,” Wilkinson said. “But that’s what’s caused the downturn in prices.”

Wilkinson said with the typically cyclic nature of the industry, oil prices will come back up at some point. The immediate future, however, is looking dim.

“Oil prices have always been going up, down, up, down, but now they are driven by market fluctuations. There is no way to know what is going to happen,” he said. “In the past, it’s always gone back up. My guess, and this is strictly a guess, is that it will go back up — however, this time there are circumstances that haven’t happened before. There are OPEC countries that are getting frustrated with Saudi Arabia and Iran. If the economy would turn around, that would help the oil industry.”