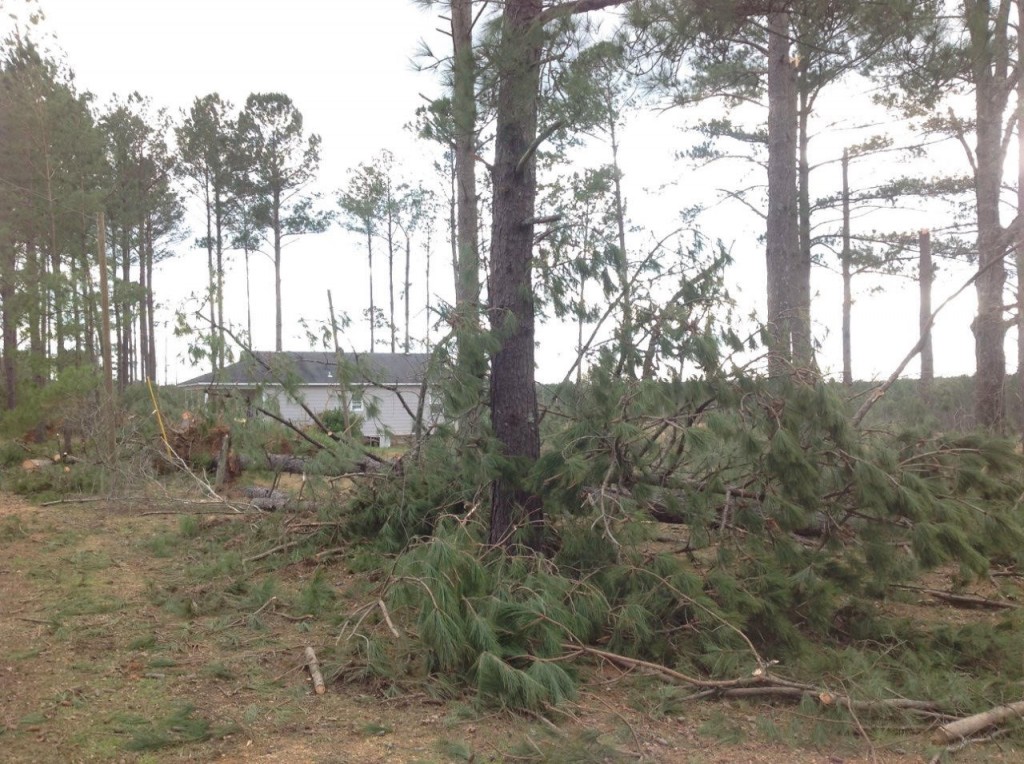 The National Weather Service in Jackson confirmed that an EF-1 tornado hit west of Bogue Chitto as storms pushed through the area Tuesday.

The twister had max winds of 90 mph and was 75 yards wide. It had a half-mile long path. The path began west of Shannon Drive NW, traveled northeast and ended near Magnolia Trail SW.

NWS said many large trees were uprooted and a home had minor roof damage. A mobile home had skirting blown off and tin was scattered in a pasture. There were no injuries reported.

The weather service early Wednesday had not reported any local damage associated with a tornado. NWS confirmed the twister at about 6 p.m. Wednesday. Survey teams confirmed that six tornadoes struck the state late Tuesday. The strongest was an EF-2 in Lamar County.