Proverbs 4:11-12 and 15:24 speaks about guidance for God’s people. “The path of life leads upward for the wise, says the Lord our God. I guide you in the way of wisdom and lead you along straight paths. When you walk, your steps will not be hampered; when you run, you will not stumble.” God and his son Jesus Christ are awesome and are worthy to be praised.

As the Black History Month comes to an end for 2016, it will not end the continued history and legacies that have been made and are continuing to be made by black achievers in America and abroad. Today, we will continue to reflect on several people who have made tremendous achievements in history throughout Lincoln County and in other places in Mississippi. We will also reflect on some who has made history as being first in many situations.

Mr. Robert E. Tyler is a third-generation Mississippi funeral director in Brookhaven. He is well-known in Brookhaven, in Lincoln County, the state of Mississippi and many other places. He graduated from Alexander High School in Brookhaven in May 1955. He furthered his educational goals and received a Bachelor of Science from Jackson State University in May 1961 and a master’s degree in May 1965. Mr. Tyler also received an honorary doctorate from A. P. Clay Christian-Theological College in June 1999. His other advanced studies include University of Wisconsin in Eau Clair, Wisconsin, University of Oklahoma, Durant, Oklahoma, and Worsham College of Mortuary Science, in Chicago, Illinois.

Mr. Tyler is self-employed as owner of Tyler Funeral Home, Inc. He has been a full-time funeral director since 1971. He also worked for the Brookhaven Public School District from 1961 to 1971. He was the first black male to work at the Mississippi Employment Security Commission in 1972 in Brookhaven. He also served in the U.S. Army from June 1957 to June 1959 as a military personnel specialist as he supervised a unit of eight men in the personnel office. Mr. Tyler is a certified Lincoln County deputy medical examiner. He is a member of the Board of Trustees of St. Paul M. B. Church in Brookhaven. He is a lifetime member of No. 1614 of Alpha Phi Alpha Fraternity Inc. and a lifetime member of the NAACP. Mr. Tyler is also a member of several professional organizations which includes Mississippi Funeral Directors and Morticians Association, Quad State Funeral Directors and Morticians Association, National Funeral Directors and Morticians Association, International Order of the Golden Rule, Appointed OGR Regional Chair and Mississippi Medical Examiners Association. Congratulations in the continued success of your funeral services business. Today, we salute Robert Tyler for his loyal and dedicated services in the prominent business realm of today’s society. Special thanks to you and your family for your renowned funeral services and your hospitality in the area. Robert Tyler is married to Ruby Tyler (a retired school teacher), and they are the proud parents of Robin Tyler Faust and proud grandparents.

Robin Tyler Faust was born in Copiah County and now resides in Brookhaven. She is an honor graduate of Brookhaven High School Class of 1982. Upon graduation, Robin attended Copiah-Lincoln Community College in Wesson and later graduated from Northwest Mississippi Community College in Senatobia, where she received an associate’s degree in mortuary science in 1985. She received a Bachelor of Science in business administration from Jackson State University.

Today, we salute Robin Tyler Faust, a loyal family person to her children and her parents. She is a dedicated business woman, and she is the fourth-generation funeral director and embalmer in her family’s business. Robin is active in the day-to-day work of the Robert E. Tyler Funeral Home located at 500 Cohen Street in Brookhaven, where she works diligently with her father for the continued success of their funeral home service. May God continue to bless each of you.

Today, Williams Mortuary has been in continuous operation through four generations and is the oldest funeral home in the black community, and it is one of the most successful in Brookhaven. This family-oriented business was managed throughout the years by Mr. Pertis Williams Sr. from 1944 to 1969, Mrs. Beulah Husband Williams, the wife of Pertis Sr., from 1969 to 1982, Pertis Williams Jr. from 1982 to 1983 and now by Patricia Williams McGill-Tillman, Purdene Williams Brown and Beverly Pernell Williams Howard, the daughters of Mr. Pertis Williams Sr. and the great-granddaughters of Mr. Estus James Johnson. As the legacy and the operation of Williams Mortuary located at 213 East Minnesota Street in Brookhaven, continues in the future of their day-to-day operations,the operators are Jennifer Howard, (a granddaughter), Nicholas Lee, (a grandson) and Arlandus Smith, (a great-great grandson). Today, we salute the legacy and continued success of Johnson Funeral Home Service and now Williams Mortuary Association for your loyal and dedicated services to the citizens of Brookhaven, Lincoln County and other adjoining towns and counties throughout Mississippi and other states. We appreciate you and your staff for the services that you extend to your customers. May God continue to bless each of you.

In April 2010 the scripture for the day was Proverbs 4:11-12 the same as today’s scripture as I acknowledged the 100th Birthday of Mrs. Alean Fairman, a resident of the Loyd Star community and a true warrior of this area. She is united with Ebenezer AME Church and has been since the age of 10 years old. She served this church dutifully and faithfully in many capacities until her health failed. She was honored by the pastor and the church members on Sunday, April 11, 2010 for her 100th birthday that was on Thursday, April 15, 2010. She was also honored by her family members for a whole week to celebrate this memorable occasion. Today, we salute Mrs. Alean Fairman who will be 106 years old on April 15, 2016 and is now in a local nursing home facility in Brookhaven. Her children, her grandchildren and other family members as well as many neighbors and friends visit her in this facility.

Reflections of Mrs. Flora Kenny Kelly who was born to Osby and Lula Kenny in Brookhaven on March 16, 1940. She received her early education at Alexander High School in Brookhaven. She graduated from Friendship High School in 1958. She furthered her education at Jackson State University, where she earned a Bachelor of Science in elementary education, a master’s degree in reading and elementary principalship.

Her jobs have included classroom teacher, assistant principal and principal in the Brookhaven School District. Mrs. Kelly was the first black female assistant principal and the first black female principal in the Brookhaven school system. Mrs. Kelly wrote, developed and implemented the first public kindergarten in the Brookhaven school system. She later became the principal of Brookhaven’s kindergarten. Mrs. Flora Kelly’s life reflects her dedication and passion to community service. Her involvement includes past secretary of the NAACP, secretary of the Democratic Executive Committee and the president of the Brookhaven Lincoln County Alumni Chapter of Jackson State University. She is a member of New Hope M. B. Church, a choir member, treasurer of the Inspirational Choir, president of the Mother Board and the director of the Greater Hope Foundation Food Pantry. Mrs. Flora Kelly and her husband, Phillip Kelly Sr., have been married for 50 years, and they have two children: Louwlynn Vanzetta Williams, an attorney for the state of Mississippi past conviction council, and Phillip Kelly III, a retail manager with Walgreens. They have two grandchildren: Hannah Williams, who attended Jackson State University, and Phillip Kelly IV, who is a student in the Brookhaven School District. Today, we salute Mrs. Flora Kenny Kelly for a job well done in the educational field of Brookhaven School District and in her many other achievements in life to help others.

Special thanks to Mrs. Maxine Dixon Allen for her hard work in acquiring information to display for the public to view in the library each year to recognize some of Brookhaven and Lincoln County firsts. She continues to do a great job in this area, and she is to be congratulated for her efforts. Maxine is assisted by her daughter Jennifer Allen Stenson who types the acquired information for her. Today, we salute Maxine Dixon Allen for a job well done and for her loyal and dedicated services to acquire information to display of our local Black Achievers 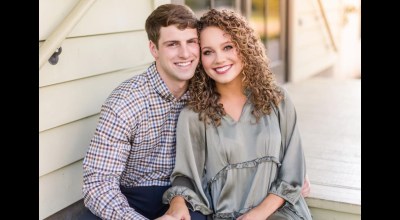 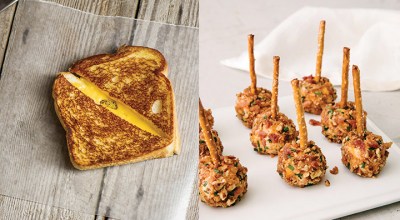 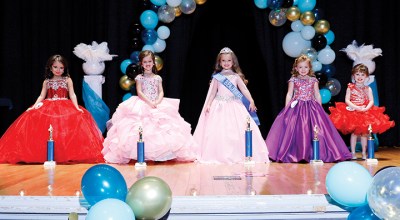 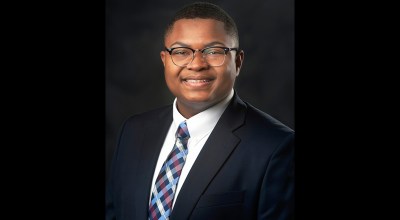