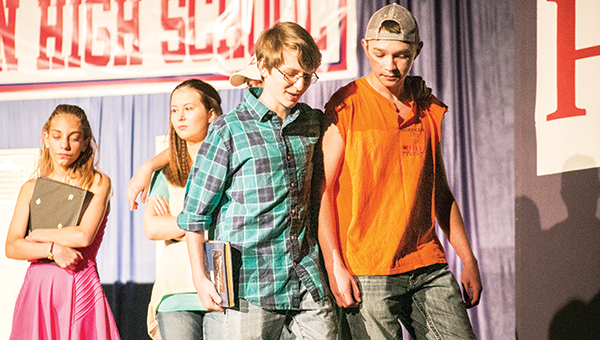 Photos by Kaitlin Mullins / BLTeens actors practice “A Funny Thing Happened on the Way to Fifth Period,” Wednesday night. This and the second play in the Young Directors Project production, “Waiting for Lucy,” will be performed at 7:30 p.m. Friday and Saturday.

“They are really, really special,” said James Minter, vice president of the Brookhaven Little Theatre Board of Directors. “There’s been some adult help but 98 percent of all this has been these two.”

They are MaryRhea Waterloo and Gracie Gray, BLTeens’ young directors who have each headed up their own production, while working as a team, for the Young Directors Project. This weekend, their efforts will be seen in the two-part production starting at 7:30 p.m. today and Saturday. The doors open at 6:30 p.m. and the tickets are $10.

Minter approached Gray, 14, and Waterloo, 13, because he saw something special in the two BLTeen veterans. Waterloo and Gray met and became friends about two years ago on the set of their first true endeavor as actors, “The Music Man.”

Waterloo is directing “A Funny Thing Happened on the Way to Fifth Period,” a play by Jason Pizzarello and Gray is directing “Waiting for Lucy,” a play by Michael Majias. The plays will alternate each night so that both casts can see each other.

Waterloo said she liked the team aspect, being with friends and she learned a lot — especially about hard work.

“We just learned to kind of work hard at something,” Waterloo said. “And dedication and patience. And hard work pays off.”

“We kind of realized it’s very, very equal, the actor and the director, no one is higher or one is lower,” Gray said. “You can give them the best advice out there, but if they don’t do it, it’s not going to work, and they can do everything you tell them, and if you don’t tell them the right thing, its not going to be good. So we learned that you have to have teamwork.”

Waterloo and Gray said the stories are relatable for school-age kids and teens, and the humor can transcend age.

“I think people should come to this because it supports the community,” Waterloo said.

“These kids have worked so hard; they deserve to have someone come see their hard work,” Gray added.

Minter said the BLTeens group is important to the community because it provides opportunities for kids to flourish with talents they might not have realized otherwise.

“This town is good for kids that are athletes, football, soccer, baseball,” he said. “But there are kids that aren’t necessarily into that.”

It can be seen in the young actors’ stage presences when they seemingly tap into a passion that allows them to shine, whether they are the dramatic entertainer or the shy comedian. It is important to note that this is not lost on the young directors, and they share in the victory of their peers.

For tickets to individual shows please contact tickets@brookhavenlittletheatre.com or call 601-669-1878. 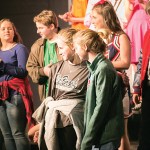 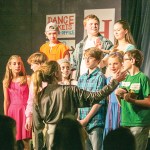 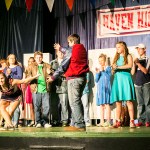 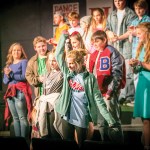 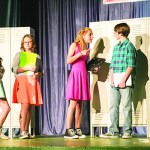 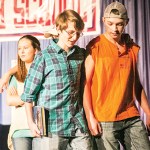 Photos by Kaitlin Mullins / BLTeens actors practice “A Funny Thing Happened on the Way to Fifth Period,” Wednesday night. This and the second play in the Young Directors Project production, “Waiting for Lucy,” will be performed at 7:30 p.m. Friday and Saturday.