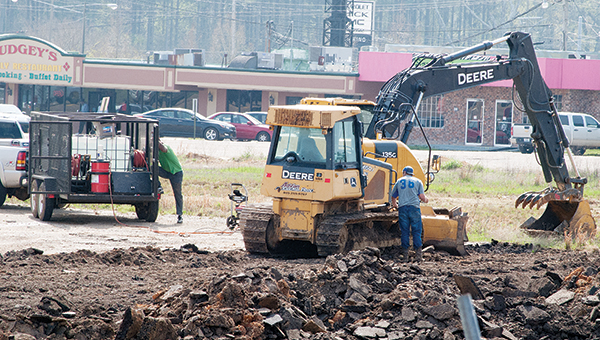 Photo by Aaron Paden / Workers are clearing the vacant lot near the intersection of Hwy. 51 and Brookway Boulevard for the new location of Jeff Wilson Chrysler Dodge Jeep Ram.

Q: What’s happening to the vacant lot near the Hwy. 51/Brookway Boulevard intersection?

A: The empty lot is being prepped for the construction of a new auto dealership. Jeff Wilson Chrysler Dodge Jeep Ram will be moving to the new location later this year. Wilson said the dealership is running out of space at its current location, and it’s time to move.

“We’re in the final stages of planning,” Wilson said. “We’re shooting to be in there by October.”

While planning isn’t complete and construction hasn’t yet begun, the lot is currently being cleared by workers.