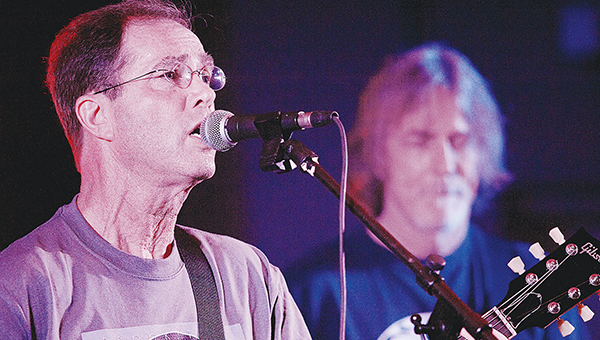 With the addition of new venues, Brookhaven’s music scene has flourished over recent years. A new Brookstock event will take place at the Haven Theatre Saturday.

Brookstock, the reunion-turned-music festival in July, has grown over the years into a multi-day event that draws crowds. That won’t change; Brookstock is still being held in July. Instead, the Brookstock Singer-Songwriter spin-off festival Saturday distinguishes itself with its emphasis on original music.

“I’ve wanted to bring back the singer-songwriter thing to Brookhaven,” organizer Bryan Batson said. “Bring it back. We’re all singer-songwriters, let’s do a venue that we’ve written to an audience. Then we’ll do all the covers at the main event in July.”

“We’ve done 15 Brookstocks at Brookhaven,” Batson said. “This is like the 18th event that this group has gotten together to perform. These are not shabby musicians.”

Batson, who retired from his job in 2002 to pursue music full-time, released his first CD “Through It All” in 2008. That and his 2014 CD “Break Away” were both produced by Ed Tree. The two, along with Danny Dickey, once had a band together called The Rooks.

“We started playing together 50 years ago,” Batson said. “It gives me the warm fuzzies to get everybody to do this because we just have a blast. That’s why I do it. I get a kick out of it.”

While most of the music Saturday will be original, Batson said at the end they’ll be hosting a jam session where they’ll finish the night with some popular covers. The Brookstock Singer-Songwriter Festival will take place from 7 to 10 p.m. at the Haven Theatre on 126 W. Cherokee St. Doors open at 6 p.m. and tickets are $10.