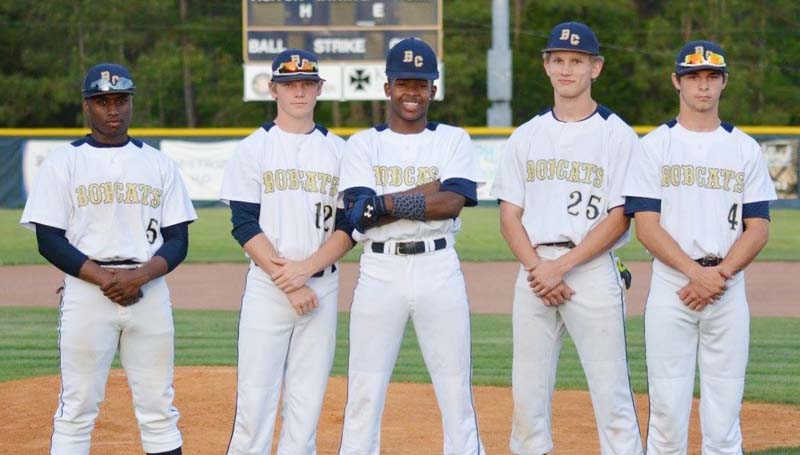 BOGUE CHITTO – The Bogue Chitto Bobcats got a freebie in the bottom of the seventh to seal a 4-3 division win over the Salem Wildcats Thursday night.

“I am very proud for my guys efforts,” said BC coach Tony Davis. “This was a big victory to help us win our division.”

The Bobcats will continue non-division play Saturday when they travel to West Lincoln to take on the Bears for a varsity game only starting at 11 a.m. Bogue Chitto will also visit Loyd Star to face the Hornets later that evening. Junior varsity action begins at 4 p.m., followed by the varsity contest at 6 p.m.

Bogue Chitto kicked off the first inning with a bang when Tyler “Rudy” Brumfield hit a two-run homer to give his Bobcats an early 2-0 lead.

The Wildcats scored their first run of the contest in the fourth to cut into BC’s lead at 2-1.

Leading 2-1, the Bobcats added another run when Tucker Lambert smashed a solo homerun in the sixth to give BC a 3-1 advantage.

In the seventh, the Wildcats clawed their way back, scoring two runs to tie the contest at 3-3.

In the bottom of the inning, the Bobcats loaded the bases with two outs. Brumfield stepped to the plate looking to bring home the wining run, but the Salem pitcher balked during an attempted pick-off move. The balk advanced the Bogue Chitto runner in for a 4-3 victory.

Tanner Gunther was the winning pitcher for the Bobcats with striking out three people and walking four.

Dylan Bergeron was the losing pitcher for the Wildcats with six strikeouts and four walks.

Tucker Lambert and Rudy Brumfield powered the Bobcats with homerun each. Grant Leake provided two singles. Trey Nettles had a double. Kobe Roberts and Brandon McKenzie hit a single each.

Davis Hart was the winning pitcher for BC with five strikeouts and three walks. Shaw King (3K, 2BB) also pitched in relief.

Reid Smith and Jarrett Souther led the Bobcats at the plate with a double each. JT McCaffrey, Michael Rayborn, Sam Etheridge, Koltin Roberts and Tristian Buffington all had singles.

DECATUR – The East Central Warriors took a doubleheader from the Co-Lin Wolves 12-6 and 11-7 Tuesday night. The Wolves... read more