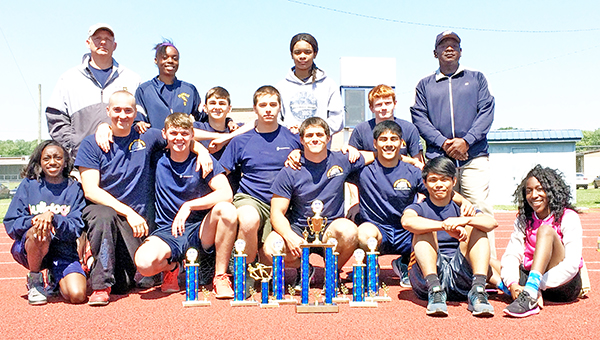 On April 2, the cadet challenge team, under the direction of Sgt. John Jones and Col. Craig Weaver, attended the 2015-2016 Mississippi State JROTC Athletic Championship Regional Competition Meet at Natchez High School in Natchez where they pulled, pushed, toted and ran off with four first place trophies (stretcher relay, sit-ups, 10X100 yard relay, and chin-ups/flexed arm hang), three second place trophies (1 mile run, ammo can carry, and tug of war), and then the trophy for overall team winner.  This overall win advances the cadets to the All-State JROTC Cadet Challenge Meet in Germantown on Saturday, where they will be competing against 17 other teams. 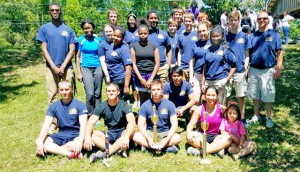 On April 8, some of the cadets also attended the Bassfield Country Drill Field Meet in Bassfield. The cadets were led by Col. Craig Weaver and Sgt. Marjorie DeLaGarza.  While there, the cadets captured the first place trophy for the best platoon which was led by Sgt. Taylar DeLa Garza.

They also took second place in color guard which was called by Major Kye Helton.  Cadet Battalion Commander Zeb Higgs ended the competition as he ran off with the overall first place in the 5K run with a time of 21 minutes.  This event at Bassfield was a celebration of the 100th anniversary of JROTC/ROTC, and it was followed with a cake cutting ceremony.