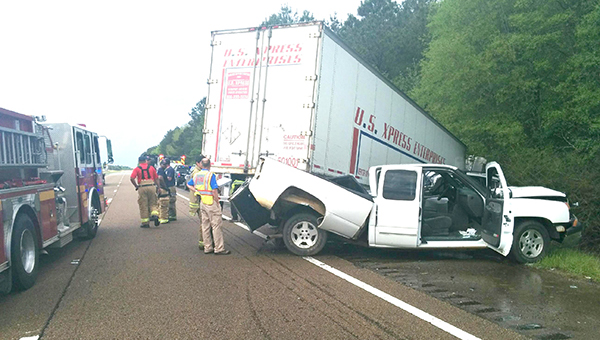 Several accidents were reported on Lincoln County roadways Thursday — a total of 11 vehicles were damaged and two people were injured.

The northbound lanes of I-55 near exit 38 south of Brookhaven were closed Thursday afternoon due to a multi-vehicle accident that left two injured.

Six vehicles — two 18-wheelers — were involved in the crash that occurred at about 3:45 p.m.

Mississippi Highway Patrol Troop M Spokesman Cpl. Brandon Fortenberry said a Nissan SUV attempted to pull to the side of the interstate because of inclement weather conditions when an 18-wheeler came into contact with the left side of the vehicle, causing both vehicles to run off the right side of the road.

The rear of the 18-wheeler’s trailer was blocking the northbound lane when a Toyota SUV and a Chevrolet pickup came into contact with it, Fortenberry said.

A second 18-wheeler and Pontiac passenger car were also involved in the accident, he said.

Two of the drivers were transported to the University of Mississippi Medical Center by ambulance, Fortenberry said. No other injuries were reported.

A hail storm hit the area at about 3:15. The National Weather Service confirmed golf ball-size hail fell in Lincoln County. Hail was reported near the intersection of Hwys. 84 and 51 and just east of the I-55 and Hwy. 84 intersection, near the location of the accident. Storm reports described it as “hail covering the ground and looks like snow.”

The Brookhaven Police Department responded to an accident involving four vehicles on Hwy. 84 at 5:55 p.m. Thursday.

Police Chief Bobby Bell said the accident was caused by the traffic being diverted as a result of the I-55 accident.

The accident on Hwy. 84 resulted in little damage to the four vehicles and no injuries were reported, Bell said.

Troopers responded to the scene near the Lincoln-Lawrence County line at 10:35 a.m. Thursday on Hwy. 84.

Fortenberry said James Durr, 66, of Brookhaven was traveling eastbound on Hwy. 84 when he lost control of the 18-wheeler hauling logs. The truck overturned in the roadway, spilling the load of logs onto the shoulder of Hwy. 84, he said.

The truck came to rest on its side in the eastbound lane of Hwy. 84, Fortenberry said. The driver had no injuries and was wearing his seatbelt, he said.

Eastbound lanes of the highway remained closed while the scene was cleared. Traffic was diverted onto James Carr Road to New Zion Road.
The accident remains under investigation. 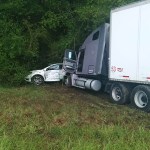 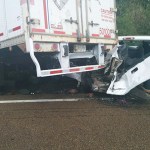 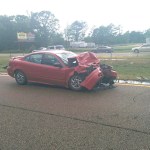 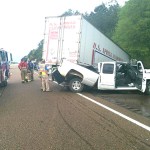 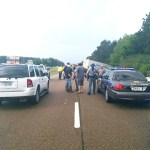