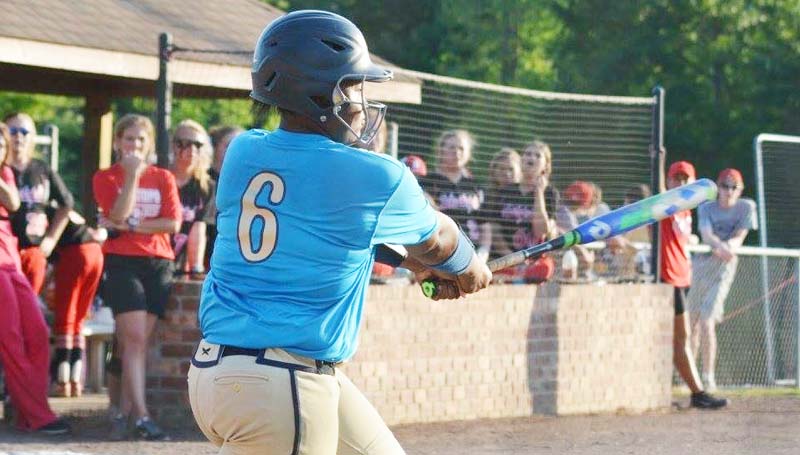 SEBASTOPOL – The Lady Cats of Bogue Chitto kicked off the Class 1A state playoffs with a 11-1 win over Sebastopol Tuesday night.

“We did a good job in adjusting to the pitching early on. Christian Black did a good job controlling the game on the mound,” said BC coach Scott Leggett. “Overall, I am proud of the girls for getting our first win on the road in the playoff. We got to finish it off Thursday at Bogue Chitto.”

The Lincoln County-based Lady Cats will resume action Thursday as they entertain Sebastopol in the second in the best-of-three series starting at 5 p.m..

After a scoreless first inning, Bogue Chitto came to life in the second inning when Christian Black hit a homerun over the centerfield fence.

In the third, Reagan Kirkland hit a two-run homerun to give the Lady Cats a 7-0 advantage.

Bogue Chitto would score two more runs each in the fourth and fifth innings. Sebastopol tried to keep the contest alive, scoring its only one run in the bottom of the fifth inning, but BC’s defense held strong.

Christian Black had a solid performance on the mound for BC with nine strikeouts and four walks.

Savannah McDill absorbed the loss for Sebastopol with one strikeout and two walks.

Alex Flake and Alexis Billings were the top leaders at the plate for Sebastopol with a single each.

LAKE – In a battle between Lady Hornets Tuesday night, Loyd Star dominated Lake to claim a 5-0 win in... read more