Though the Brookhaven woman comes from a family of educators, she chose a career in marketing and retail management. That changed in 1999 when the stay-at-home mom was asked to become a teacher’s assistant at Mamie Martin Elementary. 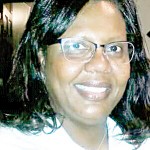 “I got there and really, really fell in love with it,” she said. “It’s God sent. It’s my ministry. It’s my calling.”

Since her days helping other teachers in the classroom, Robinson has worked in several positions in the Brookhaven School District. She has taught fifth-grade science at Lipsey, and was most recently assistant principal at Mamie Martin. This will be her first time serving as principal of a school.

Robinson is looking forward to the challenge as well as the rewards.

“The children, they’re hungry to learn,” she said, adding she hopes to be a mentor to them. “I want to direct them and let them know there’s a whole wide world out there, and education is the key.”

Even as the administrator, Robinson admits her students have taught her a few things as well.

“The children, they touch my life and open my eyes to so many things,” she said. “They can be profound.”

Lipsey School, named after C.H. Lipsey who was a longtime teacher, coach, and administrator in the Brookhaven School District, serves about 500 fifth- and sixth-grade students.

Robinson said she’ll always make time to talk to her students. “They’re at that age of discovery. They’re just trying to find themselves,” she said. “They don’t want to be called children, but they’re not teenagers yet, either.”

She promises to be both fair and equal to all students, and to be consistent in her policies. “That’s the key,” she said.

She’s also eager to get the new school year started. “We have a great, great staff of teachers and paraprofessionals,” she said.

Robinson has been married 24 years to the Rev. Burnell Robinson, pastor at Crump Chapel Church in Brookhaven. They’re parents to three children — a son who’s a truck driver, another son who is a sophomore at Copiah-Lincoln Community College and a daughter who is a seventh grader at Alexander Junior High.

Other administrators in the Brookhaven School District include: