Defense: ‘This was a playful accident’ 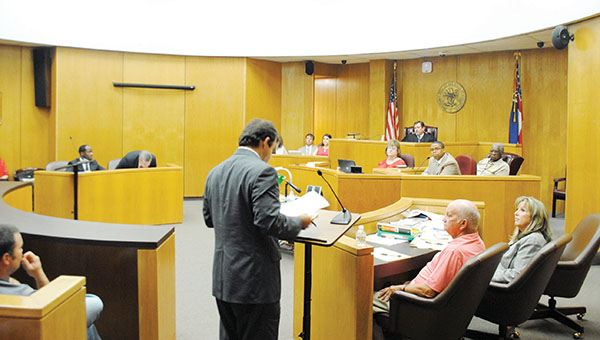 Photo by Aaron Paden/Charles Davis’ trial continues today at the Lincoln County Courthouse. Davis is accused of touching and handling for lustful purposes a 10-year-old girl when he was a Lincoln County school bus driver. A gallery of pictures from the trial is available at dailyleader.com.

The jury Wednesday heard a recorded interview between law enforcement and a former Lincoln County school bus driver that indicated the defendant “was just fiddling around” with the 10-year-old girl he is accused of touching and handling for lustful purposes.

The trial for Charles Davis continued today at 9 a.m. at the Lincoln County Courthouse.

After jury selection stretched on for more than two and a half hours Wednesday morning, testimony didn’t begin until nearly 4 p.m. Circuit Judge David Strong called a recess at 5:16 p.m.

Davis was charged in September.

Davis’ defense Wednesday said Davis and the alleged victim left the school bus Sept. 18 at the end of the route to look for the girl’s parents, who were not home. Davis called the girl’s mother, the defense said in their opening statement, who told him a babysitter was supposed to have been at the home but forgot to come that day.

They also agree that Davis touched the child, but the agreement ends there.

“This was a playful accident,” the defense said in their opening statement. “This was no criminal act. Mr. Davis was not denying that he touched the child. Her pants came down. This was an accident while playing on the bus.”

The jury heard a recording of a Sept. 24 interview of Davis by Capt. Byron Catchings, an investigator with the Lincoln County Sheriff’s Office.

“Me and her were just fiddling around. I pulled her britches down just that far,” Davis said in the recording. “I grabbed her leg — her feet. I pulled on her britches and they came down just a bit.”

Defense attorney Robert Lenoir argued that Davis did not understand the implications of his statements in the interview because of his limited education.

Catchings said he read Davis his Miranda rights, which are the rights of a person being arrested to remain silent to avoid self-incrimination and to have an attorney present during questioning. However, he did not do so on the recording. He said he also explained the accusations against Davis before the interview.

One point of contention in the trial was whether or not Davis pulled the girl’s pants from the leg or the waist. This was not addressed in the recorded interview, and when the defense brought the question to Catchings, he said Davis claimed only that he pulled her pants down.

However, another witness for the prosecution did answer the question directly. Dr. Stacy Adcock is the LCSD transportation director and was Davis’ supervisor. The incident was reported to him on Sept. 20 by West Lincoln Principal Jason Case. At first, Adcock said he only asked Davis by phone if there were any incidents on Davis’ route, which Adcock said Davis denied. But after speaking with Case again, Adcock said he called Davis again.

“The second time we talked, I was very direct,” Adcock said. “The parent made an allegation that he had molested his daughter.”

The two met the next day and Adcock questioned Davis, though the interview was not recorded. Adcock brought a prepared statement into the courtroom which he said was to help him remember the particulars of the interview. He was not allowed to read the entire statement, but he did read an excerpt to help him answer a question from the prosecution.

“He said they were playing,” Adcock said in the statement. “He said she grabbed her pants at the waist and pulled them down. He stated that he did not have sex with her.”

Adcock said the conversation made him deeply uncomfortable.

In the cross examination, the defense asked Adcock if he was certain Davis said he pulled the girl’s pants from the waist.

“In our initial conversation, he described sitting across from her,” Adcock said. “He said he pulled her pant. I’m thinking pant leg. I basically began to question him. I remember the more I talked, the more uncomfortable I became. I stood up and asked him where he pulled. He said, ‘At the waist.’

“I tried to make this innocuous,” Adcock continued. “I didn’t want to hear what I’m hearing.”

In the redirect examination, the prosecution asked Adcock if it was appropriate for Davis to be sitting in that second seat.

“In a professional capacity, I can’t think of one reason for him to be playing with a child,” Adcock replied. 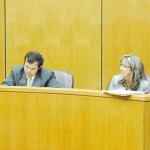 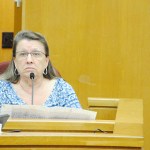 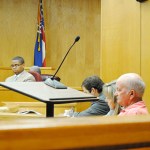 A Brookhaven native’s potato dish wasn’t the best of the night, but it was good enough to keep her in... read more