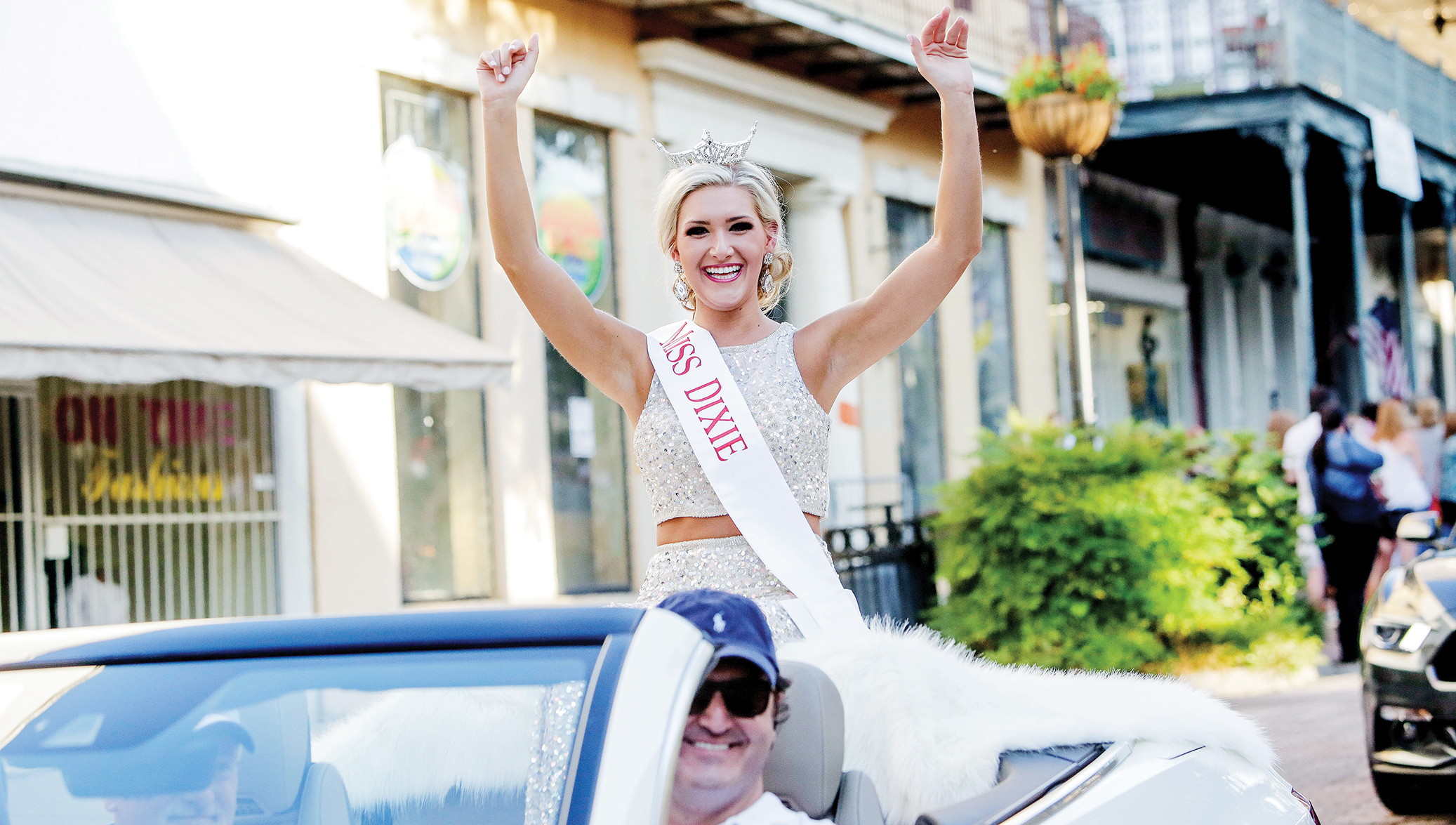 Photo by Alaina Denean Deshazo — The Vicksburg Post/Miss Dixie Laura Lee Lewis of Brookhaven waves to the crowds this week during the parade of Miss Mississippi pageant contestants. The pageant begins tonight in Vicksburg, where Lee’s group will compete in the talent portion of the competition.

For a Brookhaven woman with dreams of wearing the Miss Mississippi crown, this could be the year.

Miss Dixie Laura Lee Lewis, the daughter of Mark and Lorin Lewis of Madison, will compete tonight in the talent portion of the Miss Mississippi pageant in Vicksburg.

Lewis, a Brookhaven High School graduate, has been surrounded and friends this week during the festivities leading up to the finals Saturday, which will be aired live on WLBT and streamed online at missmississippipageant.com.

“Brookhaven has been so incredibly supportive of her,” Lorin Lewis said.

This is Lewis’ fourth visit to the Miss Mississippi pageant. This year she’s competing as Miss Dixie, an open title that represents the entire state and not just a region or university.

Her group — Group A — will compete in talent tonight. They’ll compete in evening gown and onstage question Thursday and “lifestyle and fitness” in swimsuit Friday.

On Saturday, the 10 finalists will be revealed and those young women will compete for the Miss Mississippi crown.

She was diagnosed as a teen with midface hypoplasia, a condition where the upper jaw, cheekbones and eye sockets don’t grow as much as the rest of the face. Doctors couldn’t do corrective surgery until she had stopped growing. Other teens made fun of her appearance.

“She was basically bullied very hard for it,” her mother said.

Her family and a few special mentors taught her the importance of growing her character. “The child just embraced that,” Lorin Lewis said. “She really tried hard to focus on character.”

Lewis, who majored in elementary education at Mississippi State, won her first pageant even before her corrective surgery.

Lewis’ princesses for the pageant are twins Sophie and Lilly Cupit, the daughters of Malcolm and Marlene Cupit, and Eleanor Bishop, the daughter of Steve and Melanie Bishop, all of Brookhaven.

Her evening gown and talent gown were designed by Sherri Hill. Other pieces of her pageant wardrobe came from several Brookhaven boutiques — Persimmons, Castles and Expectations 2.

Her princesses were dressed by Susan’s Shoppe.