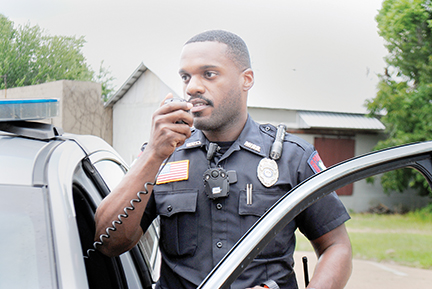 It has been two months since the Brookhaven Police Department implemented its body-camera policy, and Chief Bobby Bell said it’s too early to determine the effect the cameras will have on interactions between officers and the public.

But Bell said he considers the cameras to be a useful insurance for the department.

“I have said on many occasions, our department has been fortunate that we have not had a situation where an officer has been involved in a shooting or anything of that nature,” Bell said. “But we do know that we are not exempt from it happening.

“We are looking at the cameras just like we do insurance. It’s better to have it and not need it than to need it and not have it.”

The idea behind the cameras is that they will protect officers and civilians alike.

The audio and video recordings serve as evidence in cases where officers are required to use force. There isn’t much hard data yet on their effectiveness, but initial reports have been promising in cities like San Diego, where short-term results have been favorable.

The National Institute of Justice is currently funding two long-term studies on the use of body cameras that seek to answer questions like how well officers adhere to department policies and the effects of the cameras on communities.

When the cameras in Brookhaven were first announced, some concerns were raised about possible privacy violations, but Bell said at the time he had incorporated advice from the American Civil Liberties Union into the policy, along with the most recent best-practices from other departments.

According to the policy, officers must use the cameras any time they interact with the public in their official duties, but they should also announce that the recording is taking place. Citizens may decline to be recorded in places where they have a reasonable expectation of privacy — except in the case of an arrest of search — and the policy lists restrooms, locker rooms and residences as examples.

According to the policy, officers should continue the recording until any interaction is completed. Any time an officer fails to activate the camera, record an entire contact or interrupts a recording, the officer must document a reason. That document is kept on file and can be used as evidence in the case of a public complaint.

To insure that the cameras are being used correctly, supervisors in the department will randomly review body-worn camera recordings.

Officers also receive training on the use of the cameras, and the recordings must be uploaded by the end of each officer’s shift. Footage is deleted after 90 days, and a long-term backup is only made if the data becomes evidence for an ongoing investigation.