‘We are better than this rating’ 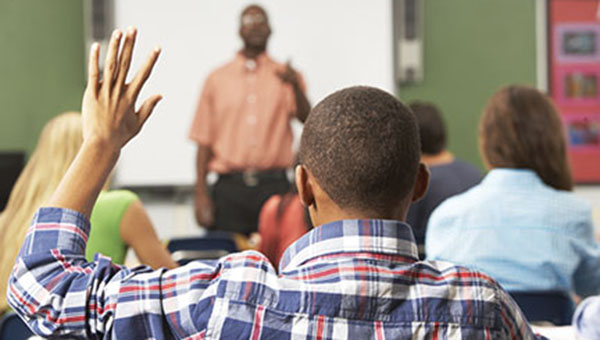 Photo illustration/The Lincoln County School District earned a B based on the state’s A-F accountability system, according to data released publicly today by the Mississippi Department of Education. The Brookhaven School District, however, scored a D. The accountability system evaluates how schools and districts performed in the 2014-15 school year.

The Lincoln County School District was among the 43 districts in the state earning a B based on the state’s A-F accountability system, according to data released publicly today by the Mississippi Department of Education.

The Brookhaven School District, however, was among 30 districts receiving a D.

The accountability system evaluates how schools and districts performed in the 2014-15 school year.

Official district grades for 2014-15 also include 19 A districts and 54 C districts. There were no F districts.

“Our accountability rating for the 2014-2015 school year only strengthens our resolve and commitment to ensuring a quality learning experience for every student,” said Brookhaven School District Superintendent Ray Carlock in an emailed statement Wednesday. “We are better than this rating — much better — and we look forward to the upcoming school year with great anticipation of all that our students will achieve as they strive to meet their fullest potential.”

Mickey Myers, superintendent of the Lincoln County School District, said he could not comment on the district’s rating until after the results are presented to the state board, which met in Biloxi at 10 a.m. today.

However, the MDE made available the 276-page document Tuesday afternoon to media professionals who signed an embargo agreement stating the results would not be published until after 10:01 a.m. today.

A further breakdown by district and the schools’ individual information is as follows:

This year’s results reflect the final year of a waiver from the U.S. Department of Education to compensate for the state transitioning to higher standards of learning. The waiver allows a school to retain the letter grade it received in the 2013-14 school year if the 2014-15 grade is lower as a result of assessment results. Waiver grades are the official grades for 2014-15. Starting with the 2015-16 school year, there will be no waiver in effect.

Without the waiver, Lincoln County’s grade would have dropped to a C overall, while Brookhaven would have still scored a D overall.

The Mississippi State Board of Education is expected to approve the 2014-15 accountability results during its meeting today. Accountability labels are typically reported in the fall following the end of a school year; however, results were delayed because of data quality errors with PARCC (Partnership for the Assessment of Readiness for College and Careers) and DLM (Dynamic Learning Maps), the alternate assessment for students with significant cognitive disabilities.

“Our superintendents have worked diligently to implement higher learning goals in their districts, and the teachers and administrators should be commended for their hard work as evidenced by Mississippi’s performance on the National Assessment of Educational Progress,” said Carey Wright, state superintendent of education. “The waiver has enabled them to continue this important work without having to worry about being sanctioned if their test scores dropped during the transition period.”

Because the 2014-15 letter grades are based on the last year of the transition period, Wright noted that schools and districts should pay attention to their graduation and proficiency rates between the 2013-14 school year and the 2014-15 school year to determine whether student outcomes are improving.

The Mississippi Assessment Program (MAP), which students took in the 2015-16 school year, also measured the state’s standards for college and careers. Scores from this test will mark a new starting point for measuring student performance.

“Parents and communities will have better information to determine if their children and schools are meeting expectations for college and career preparation,” Wright said.

The accountability system factors in student proficiency, a standards-based growth model, and the four-year graduation rate, if the school has a 12th grade. The system is designed to present a more transparent picture of how well schools are serving students at all levels.

The accountability system also places a greater emphasis on student academic growth, particularly the lowest performing 25 percent of students. Students meet growth if their scores improve from one proficiency level to the next, or move sufficiently within the lower proficiency levels.

“The state will be experiencing growing pains as we continue to raise the bar for academic standards, but I believe as we challenge students, we will help equip them with the knowledge and skills they need to be successful in college, career and life,” said John Kelly, chairman of the State Board of Education.

Earlier this week, Booneville School District Superintendent Dr. Todd English, who serves as chairman of the department of education’s accountability task force, said school districts across the state are expected to see lower rankings even as student performance continues to rise.

Parents and community members need to understand the ratings are based on criteria far different and more difficult than that used in the past, English told the media. “You simply can’t compare this scale to the old scale,” he said.

Distinguished Young Woman of Lincoln County Reagan Whittington is headed to Meridian today to present herself as an accomplished young... read more