Much to see, do for retirees in Brookhaven 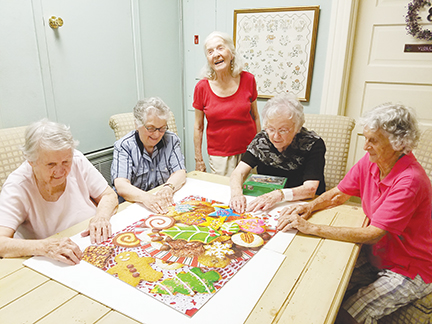 Brookhaven is one of 15 certified retirement cities in Mississippi, chosen by Hometown Mississippi Retirement, a state organization to attract retirees to Mississippi.

Hometown Mississippi Retirement said they evaluate each city based on crime rate, cost of living, quality of medical care, education and recreation.

It was the retirement committee of the Brookhaven-Lincoln County Chamber of Commerce that brought everything together to get Brookhaven certified, according to Homer Richardson, who runs an information page at homerrichardson.com/retireinbrookhaven.

“We retired here in 1989,” Richardson said. “I think the big thing is the size of the city and the activeness of the town itself. There are just so many things here in Brookhaven — stores that are open, businesses and places to eat.”

Richardson said a vibrant downtown is one of the major features that has made Brookhaven an attractive place to retire.

“So many of the smaller towns in Mississippi, so many people took their business and took it out to the bypass,” he said. “As a result, the downtown sections of many of these small towns essentially disappeared.

“We have a hotel downtown, for example, and things like Janie’s (Pastry Shop and Bakery) and all these restaurants that literally you can walk to,” he said. “Not many towns have an active evening time. Things that have continued to be done through the Brookhaven Trust and others has kept Brookhaven a viable small city.”

Brookhaven was attractive enough that the Chamber was able to bring WLBT personality Walt Grayson out to narrate a mini-documentary on the city in 2008.

Richardson said there’s plenty to do in Brookhaven, with volunteer opportunities, education and recreation.

The Jimmy Furlow Senior Center sits right beside the courthouse on South First Street. It was built six years ago, according to director Kail Garrett, and it provides plenty of opportunity for recreation for Brookhaven’s retired citizens.

It’s a common meeting location for many groups in town, including the Historical and Genealogical Society, the American Legion, a widow support group and many others.

“We have dancing — a lot of dancing,” she said. “We have square dancing on Friday nights, as well as card games throughout the day, usually starting around 12.”

There are occasionally larger events there, too, like an annual talent show, which will be held  July 28 at 1 p.m.

Garrett said there are roughly 700 people who come to the senior center each month to the various events, and she’s also open to new ideas. Groups that would like to hold meetings or other activities should contact the Senior Center at 601-835-5076.

Legacy Hall of Honor recipients to be honored

The successes of graduates of the former Alexander High School will be celebrated as the AHS Legacy Hall of Honor... read more