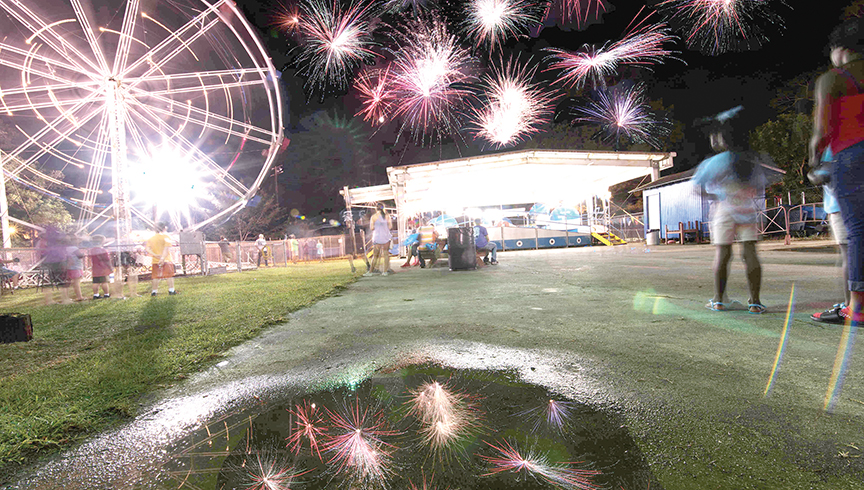 File photo/Exchange Club Fair, hosted at Exchange Club Park, will kick off this year on July 30, and will be open from 6:30 to 10 p.m.

Members of the Exchange Club are hard at work as they prepare for the annual Exchange Club Fair, which will kick off this year on July 30.

The Exchange Club Fair has been a huge hit in Brookhaven for many years. Preparations for this year had a rough start after the park was hit by vandals. But Exchange Club President Roger Leggett said the community came through for them.

“We’ve got a lot of support from the community, from a monetary standpoint, a concern standpoint and an anger standpoint,” he said.

Leggett said the change will ease the pressure on the Exchange Club’s volunteer staff, and also help the community by sending money straight to the various non-profits in the area.

“We just had a lack of manpower to support those games,” he said. “We wanted to have the games, and to have them we thought that would be a good idea and it’ll help the community, too.”

Exchange Club Fair Chairman Jeremy Brown said the fair has been part of Brookhaven for many years.

Brown said the club is currently working on inspections for the one of the club’s biggest hits — the rides.  One of the most popular is the Scrambler, according to Brown, which the club obtained in the 1960s. The rides the club has acquired over the years span decades, but Brown said they are well maintained.

Some of the money earned from the fair is used to maintain Exchange Club Park, but Brown said the rest goes to the community through scholarships and donations to other charitable organizations.

The fair begins July 30, and will be open 6:30 to 10 p.m. The midway will be closed Sunday, July 31, but will be open again Monday through Saturday the following week.

Sheepdogs’ aim is to protect the flock