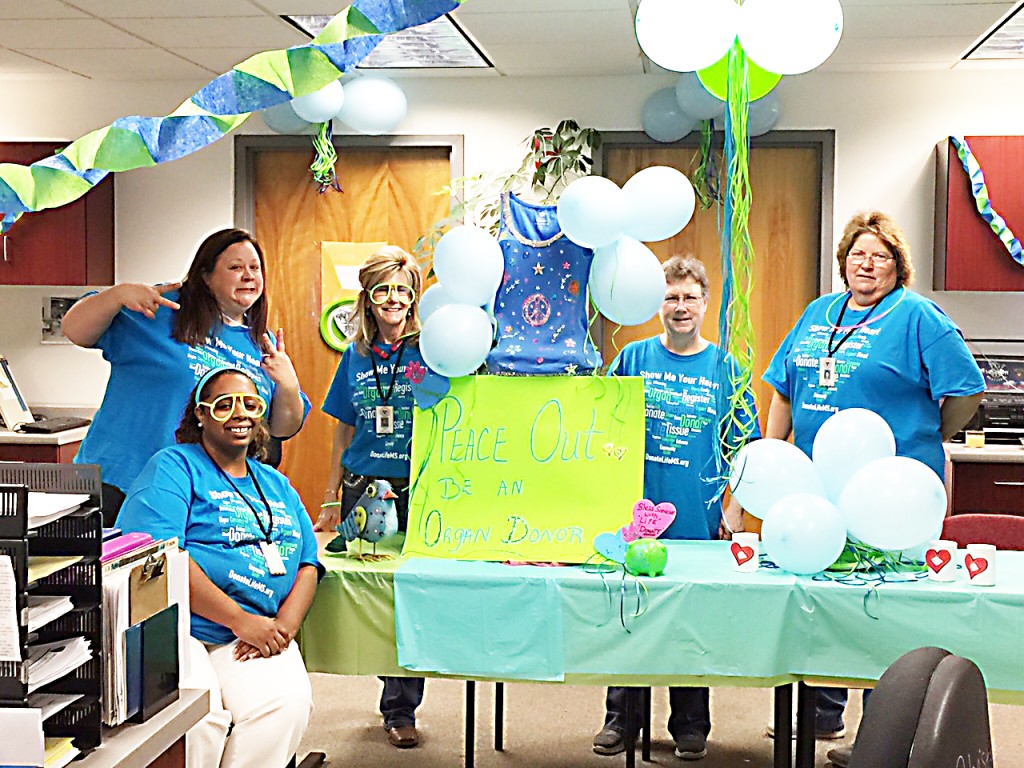 The Brookhaven Department of Public Safety and King’s Daughters Medical Center were both recognized for their promotion of organ donation during the Mississippi Organ Recovery Agency’s third annual Spero Awards held recently in Jackson.

The awards ceremony recognized hospital partners, medical professionals, corporate partners and donor ambassadors who work tirelessly in conjunction with MORA to promote organ, eye and tissue donation to ultimately save and heal lives.

A total of 16 Spero Awards were presented to individuals and organizations from areas throughout the state.

“The word spero is Latin for ‘hope,’” said MORA spokesman Chuck Stinson. “The title was chosen to reflect the hope that organ and tissue donation brings to those in need of a lifesaving organ or a life improving tissue transplant.”

The Brookhaven Department of Public Safety station won the Red Heart Award, while KDMC was one of 36 hospitals in Mississippi recognized during the ceremony for enrollment in the MississippiHospitals for Hope campaign, which was developed to raise awareness for the need of organ, eye and tissue donation and increase registrations.

Southwest Mississippi Regional Medical Center in McComb was also recognized as an enrollee in that program, Stinson said.

The Brookhaven DPS Station was one of eight stations to participate in a Blue and Green Day competition in April during National Donate Life Month. Brookhaven’s driver’s license bureau was nominated for the award along with the Gautier and Vicksburg bureaus.

The Red Heart Award was designed to reward the Department of Public Safety driver’s license office that shows enthusiasm in promoting organ and tissue donation through communication and promotion within their office.

“Over 98 percent of those that have registered to be an organ, eye and tissue donation have done so when getting or renewing a Mississippi driver’s license,” Stinson said.

He received a letter from MORA asking if they’d like to participate in the project. He asked his staff in the three offices and the Brookhaven office really got involved in the decorating process.

“I was surprised that they went all out,” he said.

Stinson said the Brookhaven office not only decorated, but went above the the agency’s expectations by making their decorations educational tools for the public. “The entire staff wore their blue ‘Show Me Your Heart’ T-shirts and hung blue and green streamers, banners, signs and balloons all over the station,” Stinson said. “Then they went even further by creating a huge graphic with puzzle pieces showing all of the things that organ, eye and tissue donors can donate to save and heal the lives of others.”

When drivers come into the bureau to get or renew a license, the staff explains what it means to be an organ donor. Those who agree get a red heart marked on their license to signify that they are registered as organ donors.

“We try to get people to donate and be a donor every day,” he said.

The employees at the Brookhaven office also decorate for holidays. At Christmas, they get to deck the halls in red and green, while Halloween gives them liberty to become their alter egos, at least for a day.

“If you come out at Halloween, they’ll be dressed up,” Davis-Denson said. “They believe in having fun. I have a good group of workers.”

“They’re a good group of ladies and they love doing their jobs,” he said. “And they have a big heart.”

Photo submitted/Anna Katharine Thornton painted the fire hydrant in her grandmother’s front yard in Fisher Park to look like a... read more