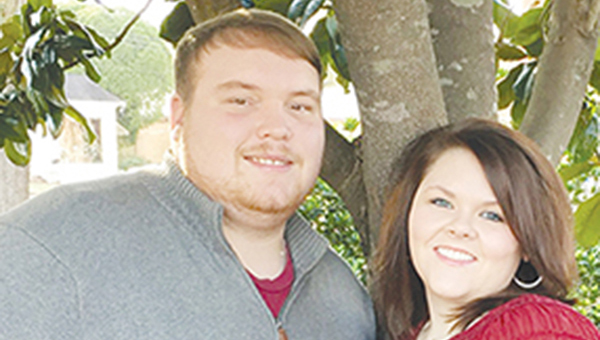 He is the son of Vicky Bennett, of Brookhaven, and the late John Bennett.

She is the granddaughter of Marilyn Welch O’Gwynn, of Bogue Chitto, and the late Wayne Welch, the late Johnnie O’Gwynn and the late J.C. and Carline Greer.

He is the grandson of Richard and Diane Wallace, of Brookhaven, Carl and Bonnie Bennett of Eupora and the late Ricky Edwards and the late Harold Kennedy.

The bride-elect is a 2011 graduate of Enterprise Attendance Center and a 2013 graduate of Southwest Mississippi Community College. She is currently employed with Countrybrook Living Center.

The prospective groom is a 2009 graduate of Loyd Star Attendance Center and a 2011 graduate of Co-Lin. He is currently employed with Sanderson Farms as a master skill diesel mechanic.

The couple will exchange vows at 6 p.m., Saturday, Aug. 6, 2016 at Brentwood in McComb. A reception will follow.