Two teenagers have been charged with four counts each of auto burglary and police are looking to see if they’re involved in more.

Markee White, 18, and a 17-year-old juvenile were arrested Tuesday on four counts of auto-burglary, according to Brookhaven Police Chief Bobby Bell. 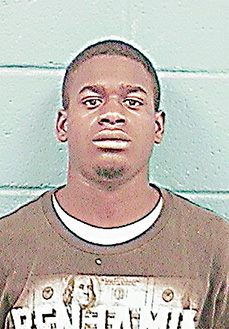 Bell said the accused have confessed to the four incidents.

There have been nine reports of burglary in Brookhaven since Saturday, but Bell said most of these are nothing to worry about. Those on the list of police calls BPD compiles each day often come from domestic disputes, he said.

“A lot of our calls (that) come in dealing with burglaries, they’re domestic,” Bell said. “But they’re reported as burglaries and we don’t change the nature of the call. Most people know the perpetrators.”

In one example, the caller believed an older car in her yard had been broken into by the person it was promised to.

“She felt he went in looking for the title,” he said.

Other instances are not indicative of a crime trend.

“We had a burglary at one of the local businesses on Monticello Street,” Bell said. “Somebody went in and got some meat.”

Bell said the Brookhaven Police Department often deals with domestic disputes, and calls are also sometimes found to be unfounded.

Brookhaven is ‘Backing the Blue’