Brookhaven is ‘Backing the Blue’ 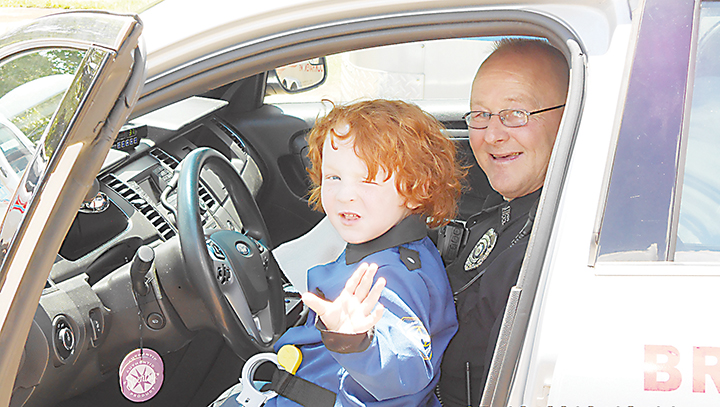 It’s said the way to a man’s heart is through his stomach, and that rings true for both the men and the women of the Brookhaven Police Department.

The community has been showing the love — in the form of ice cream, cakes, pizza, barbecue and other edible treats — since the tragic deaths of officers in Louisiana, Dallas and Kansas made the news earlier this month.

And while the kind gestures have rapidly increased in the past month, officers say they were already feeling appreciated for their work.

That’s not to say they’re not thrilled with the extra attention, and the goodies.

Earls has been posting thank you notes for “Backing the Blue” on the department’s Facebook page to the many individuals and organizations who have so generously provided food and goodie bags to the officers and to those who are publicly supporting the BPD.

“The public has been outstanding, and we’re trying to make sure that each one of them are thanked on Facebook,” he said. The BPD Facebook page has more than 5,000 likes.

According to Earls’ posts, Keith and Phyllis Mulligan brought pizzas to the station for officers to enjoy. A youth group from Southway Baptist Church visited the station and brought plastic laundry baskets filled with survival bags — which were packed with candy — for officers. A group from Cold Springs Church of Christ surprised officers with lunch Wednesday. It was quite a spread, Earls said.

Jackson Street United Methodist Church brought officers bags of goodies to take with them each day. The bags were packed with candy, gum, hand sanitizer and a special message for officers in each one.

Korbyn Roberts, Kylee Auttonberry and Kira Nations stopped by for a tour of the department and brought pizza. Bart and Sharon Allen delivered bags of candy to the officers. The Lambert family — James, Amanda, Nathan, Nicholas, Noah and Nolan — and Matt Bethay brought doughnuts. Sun Gunnell baked pound cakes and cookies. Caden Hobkirk, who doesn’t quite reach the top of a squad car’s trunk, visited the station to give a personal thanks. Caden is the son of David and Libbi Hobkirk.

“A big thank you to Capt. Clint Earls and everyone at Brookhaven Police Department for making Caden’s day so special,” his mother posted. “We appreciate everything you do.”

The nurses at Southern Primary Care wore blue Wednesday in a show of solidarity with local law enforcement officers and hosted a visit by officers to the medical clinic.

“Y’all have our backs, and we have y’alls,” Brookes Prestridge said in a Facebook post under the photograph of the nurses and officers that Earls posted. “Thank y’all for making it over. It honestly made our day.”

Jayce Miller, the son of Richie and Christina Miller, brought officers ice cream bars from Dairy Queen this week, so they could cool off in the hot weather. Chief Bobby Bell appointed him Chief for a Day and posed for a picture with Jayce in Bell’s desk chair.

Christina Miller said 5-year-old Jayce, who will be entering kindergarten at Bogue Chitto next month, wanted to do something for the police officers. “He hears the news at home and we talk with him about what’s going on in the world,” she said. “I want him to respect the police and feel comfortable around them. To know that they are here for us and not to harm us.”

She said Bell’s gesture made him feel important.

It’s not just locals who are showing support.

Earls has recently started posting photographs of visitors to the station as a way to acknowledge the community’s thoughtfulness.

“All of them have heard about what happened in other states and the show of support for the local police department has been overwhelming,” he said.

Visits from younger supporters are especially heart-warming for the officers.

Earls recalled the visit by the youth of Southway Baptist. “We turned on the lights of the car and let them have a few minutes of the experience,” Earls said. “As one of them started to leave, he just latches a hold of my leg and just hugged me, then leaves out the door. There’s no better part of making your day.”

Bell said the community’s attention to the department has been eye-opening. “It shows us they support us more than we realized,” he said.

He has enjoyed the visits to the department, especially those by children.

He was impressed by Jayce, who brought a cool treat to the station. “His mom was talking about what was going on (with protests and police shootings) and he decided he wanted to bring ice cream,” Bell said.

The young man seemed shy, so Bell declared him Chief for the Day and gave him the honor of sitting in the chief’s chair.

“We’re letting them know we’re real people, too, and we’re proud they’re thinking about us,” he said. 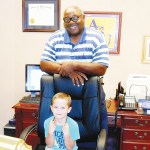 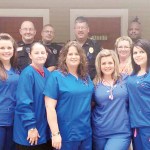 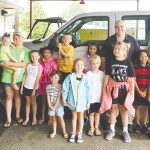 Teachers learn about autism at conference

It was the brainchild of Brookhaven Junior Auxiliary lifetime members Glenda Hux and Shannon Miller to fund a trip for... read more