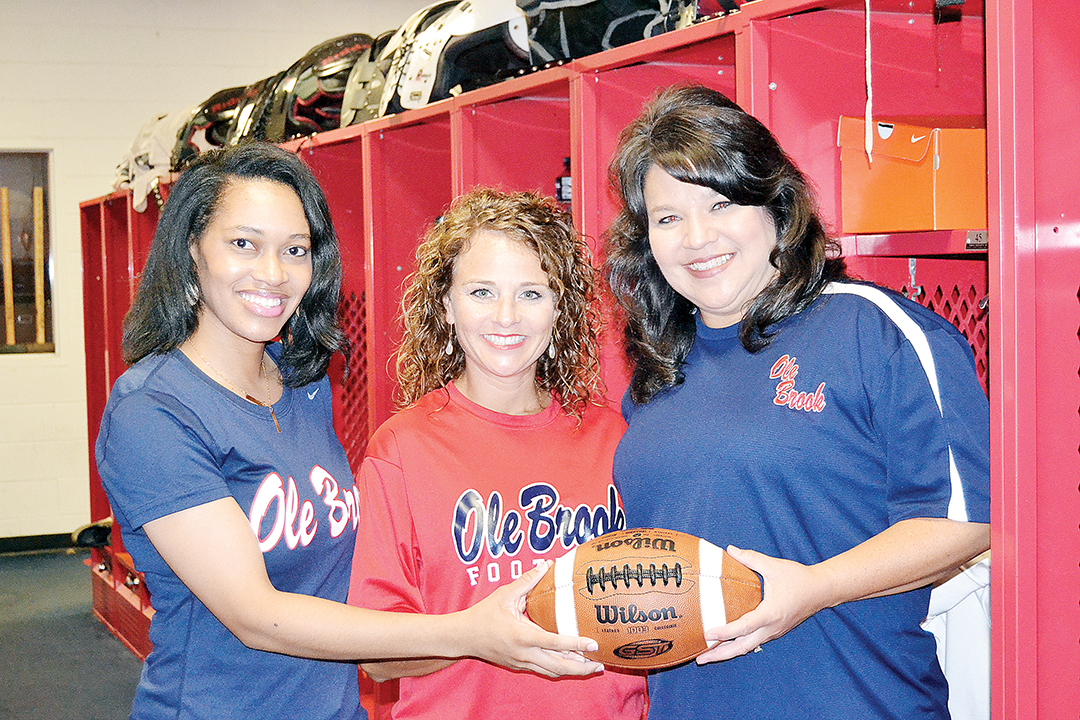 With the season quickly approaching, area females have two upcoming opportunities to learn the basics of football in “ladies only” clinics.

Brookhaven High School will host “Lipstick and Laces” Saturday from 5:30-8 p.m. at the King’s Daughters Medical Center Performance Center behind the KDMC Fitness Center on Hwy. 51.

Then on Monday at 7:30 p.m., Brookhaven Academy will offer “Pigskins and Pearls” in the school’s cafeteria.

Though hosted separately, both clinics are designed to teach the basics of the game in women-only classes in an easy-to-understand, non-threatening way, organizers of both events said.

“I knew Brookhaven would be the perfect little town to have a ladies’ football clinic,” she said. 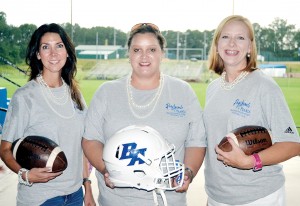 She wanted the school’s experts in the game — the coaches — to teach it, but he wouldn’t commit their time. During football season, extra time is a valuable commodity. “Coaches’ wives and families give up so much of their time with the coaches,” she said.

Finally, last spring, he agreed to the clinic.

Clopton based her BHS program to a similar endeavor in Brandon called “Helmets to Heels.”

Women are encouraged to wear comfortable clothes and shoes because it’s a hands-on activity. “They’ll do some warmups and drills with the ladies,” she said.

She said the class will give a bit of insight about how difficult it is for the young men to learn all the plays required to play the game.

“It’s important to me to show what these kids have to learn and they’re responsible for every Friday night,” she said.

Participants will enjoy a tailgating meal and a silent auction and will also be eligible for door prizes. “We’re going to have so much fun,” Clopton said. “We’re hoping ever year it’s just going to get bigger and bigger and bigger.”

Registration forms are also available at several area merchants as well as at the Brookhaven School District office next to the high school.

On Monday, Brookhaven Academy is offering a similar ladies-only clinic in their cafeteria.

The BA clinic, “Pigskins and Pearls,” is the idea of Kappi Rushing, wife of Cougar head coach and athletic director Ron Rushing.

She brings the idea for the clinic from Cathedral School in Natchez, where it was a popular event for the past four years.

Now that the Rushings are back at Brookhaven Academy, she wanted to start the football clinic here.

“It is a chance for women to get together without their husbands or without men and learn a little bit about football without the men,” she said. “It will be a very basic football lesson by me on offense and defense.”

She’ll explain the various positions on a team and what each does.

She’s been a coach’s wife for 16 years and was a football fan before that.

“I have a pretty good understanding of the basic stuff,” she said.

Coach Rushing will give an overview of the current Cougar team. “Ron will come in after I talk and he will kind of give an overview of the summer workout and of the team and kind of highlight what he thinks are some of their weaknesses and strengths and kind of give his prediction for the year,” she said. “So it’s kind of team thing that he and I do.”

The Cougar cheerleaders will also be on hand to teach the women some of their responses to their cheers.

They’ll have door prizes, too. “But there’s a twist to it. They’ll have to answer a football question to get a door prize,” she said.

“I’m very excited that we’re able to do this here this year,” she said. “With my family coming over we’re just trying to bring some excitement to the season and kind of kick things off with something fun.”

Tickets for BA’s “Pigskins and Pearls” are available at area merchants and at the school. For more information, call Leah Smith at 601-421-4888.

Rushing created the T-shirt design when she started the program at Cathedral. The back is printed with a poem Rushing wrote: “All spring and summer, she was lace and pearls, then football started now she’s a Pigskin Girl.”

Rushing said she is excited to bring the clinic to Brookhaven Academy. “It’s not just for parents of football players. It’s for anybody who wants to come and support the school and learn a little bit about football,” she said.

The Brookhaven Board of Aldermen ended up in a heated discussion at a recent board meeting over shifting funds to... read more