Like most Americans, Carl Aycock remembers exactly where he was when American Airlines Flight 11 flew into the north tower of the World Trade Center 15 years ago.

It was 8:46 a.m. in Washington, D.C., and Aycock, a former Brookhaven School Board member who was serving on the WorldCom board of directors, was at a meeting in the nation’s capital on Sept. 11, 2001. 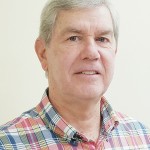 Their discussion was interrupted when someone received an email about the plane crash, but assuming it was a horrible accident, they continued with their WorldCom business.

Then 17 minutes after the first crash, United Airlines Flight 175 hit the south tower.

That’s when the boardroom went quiet and Aycock and the other 19 directors realized the United States was under attack.

“We knew it was an issue,” he said. “TVs were brought in and they began locking down the building.”

The meeting was suspended and they gathered around a television to watch the unimaginable unfold.

At 9:37 a.m., American Airlines Flight 77 crashed into the Pentagon, just a few miles away from where Aycock and the others were meeting.

He said his thoughts turned to his family back home in Brookhaven.

“You want to be with your family in a time like that,” he said. Aycock wasn’t able to notify his wife until almost noon that he was OK.

He’d planned to head home the next day, but at 9:42 a.m. the FAA ordered all aircraft in U.S. space – more than 4,500 – to land at the nearest airports, and the U.S. Capitol and the White House were evacuated.

Aycock said security in the four-story building they were in wanted them to move to the basement, but he said they felt like they weren’t a target and stayed in the boardroom. They stayed glued to the television for news reports were broadcast on every channel.

They saw the south tower of the trade center collapse at 9:59 a.m. just before United Airlines Flight 93 crashed into a Pennsylvania field.

They watched footage of the north tower as it collapsed at 10:28 a.m.

That night, President George W. Bush addressed the nation from the White House, saying “We will make no distinction between the terrorists who committed these acts and those who harbor them.”

Three people who subsequently died of respiratory disease linked to the towers’ collapse have since been added to the official victim count kept by New York City’s medical examiner.

Because all the flights were grounded, the board members were stranded in D.C. For the next few days, they stayed in their hotel and watched the news. Aycock and the other Mississippi board members, who’d flown to the meeting from Jackson on a private plane, stayed in touch with the airport, waiting for clearance to take off.

Several times they thought they’d be able to leave, only to find out flights were still grounded.

“There were several false starts,” he said. “We were just trying to get back home. We were just waiting on a phone call, saying we could fly.”

They received several calls from “folks wanting to hitch a ride back,” he said, and recalls they did take someone to Texas when they were finally allowed to fly out of D.C. on Sept. 14.

Aycock said that despite all the protocol in place to protect against terrorist attacks, he doesn’t feel safer.

“There’s a multitude of people just willing to blow themselves up,” he said. “I don’t think we’re safer now because one individual is willing to do a crazy thing.”

A fourth candidate has joined the ranks of those who have declared their intention to run for Brookhaven’s top law... read more