With over 3,000 students across three campuses serving seven counties, Copiah-Lincoln Community College relies on funding from a variety of sources, including the counties it serves as well as the state. 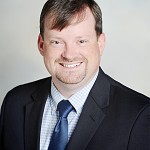 One organization critical to Co-Lin’s support is the Copiah-Lincoln Community College Foundation. It’s the non-profit arm of the college that takes donations from the community in support of the school.

“People want to support the college that’s right here in your backyard,” he said.

Before working as the executive director, Preiss worked in fundraising for the University of Southern Mississippi. He was approved for the position at Co-Lin April 8 when David Campbell retired after 11 years.

The Co-Lin Foundation is run by a 23-member board of directors, many of whom also sit on the Co-Lin Board of Trustees.

“This has afforded both boards the ability to share information much more freely and in a mutually beneficial way,” he said.

Preiss said the organization provides much-needed help to several areas in the college, including new equipment in the biology and computer labs last year.

Former students are often among those who most support the college. Priess said at a recent board meeting that the band and Colettes alumni chapters were able to provide replacement uniforms and instruments for students.

In addition to supporting the school’s need for new equipment, the foundation also gives about $200,000 annually in support to students and faculty directly through scholarships and other gifts.

Donors are able to name scholarships they are sponsoring, and Preiss said those scholarships are critical in an atmosphere where schools are competing for shrinking state scholarships.

“Everyone is vying for that piece of the pie,” Preiss said. “Every two-year college or four-year college has a fundraising arm attached to it; the need to provide for the college is on the rise.”

Each year, Co-Lin opens up applications for endowed scholarships from January to March.

Indictments from the most recent Lincoln County grand jury session in August have been served, including several for burglary and... read more