The trial for a man charged with three counts of child exploitation was set for Oct. 3 in a Monday court hearing. 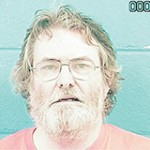 The courts appointed Jason T. Barrett to serve as Freeman’s defending attorney on Aug. 15 and on Aug. 29 Barrett filed a motion requesting an opportunity to examine the state’s evidence.

According to Mississippi Code, someone convicted of child exploitation is subject to between five and 40 years in prison. Subsequent convictions have a maximum of life in prison, with a 20 year minimum.

Photo by Alex Jacks/Brookhaven native Brent Leggett and his wife Linnea Stonecypher have moved to Leggett’s hometown so they can... read more