A Brookhaven High School senior is one of only 132 students in the state to be named a semi-finalist in the 62nd annual National Merit Scholarship program, joining a pool of about 16,000 academically talented students nationwide

Mason Gardner, the 17-year-old son of Clint and Holly Gardner, will have an opportunity to continue in the competition for some 7,500 scholarships worth about $33 million that will be offered next spring. 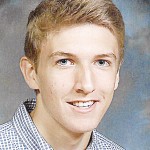 “It’s definitely an honor,” he said.

To become a finalist, Gardner must submit a detailed scholarship application, in which he must provide his academic record, details of his participation in school and community activities, and documentation of his leadership abilities, employment and honors and awards received.

A semi-finalist must have an outstanding academic record throughout high school, be endorsed and recommended by a high school official, write an essay, and earn SAT scores that confirm the student’s earlier performance on the qualifying test.

Gardner hopes to be named a Merit Scholar to earn one of the scholarships offered.  He’ll use it to pursue a degree in bio-chemistry, probably at University of Mississippi. From there, he plans to go to medical school, also at Ole Miss.

“It has the best medical program and the most straight-forward one,” he said.

His mother is a teacher and his dad’s a lawyer. He wants to be a doctor, but he hasn’t decided what specialty he wants to go into. He’s leaning toward emergency medicine.

At BHS, Gardner is in the National Honor Society and on the academic team and math and science team. He’s also drum captain in the Panther Band.

A friend of an injured Mississippi State Trooper has started a gofundme account to help him with medical expenses. Mitchell... read more