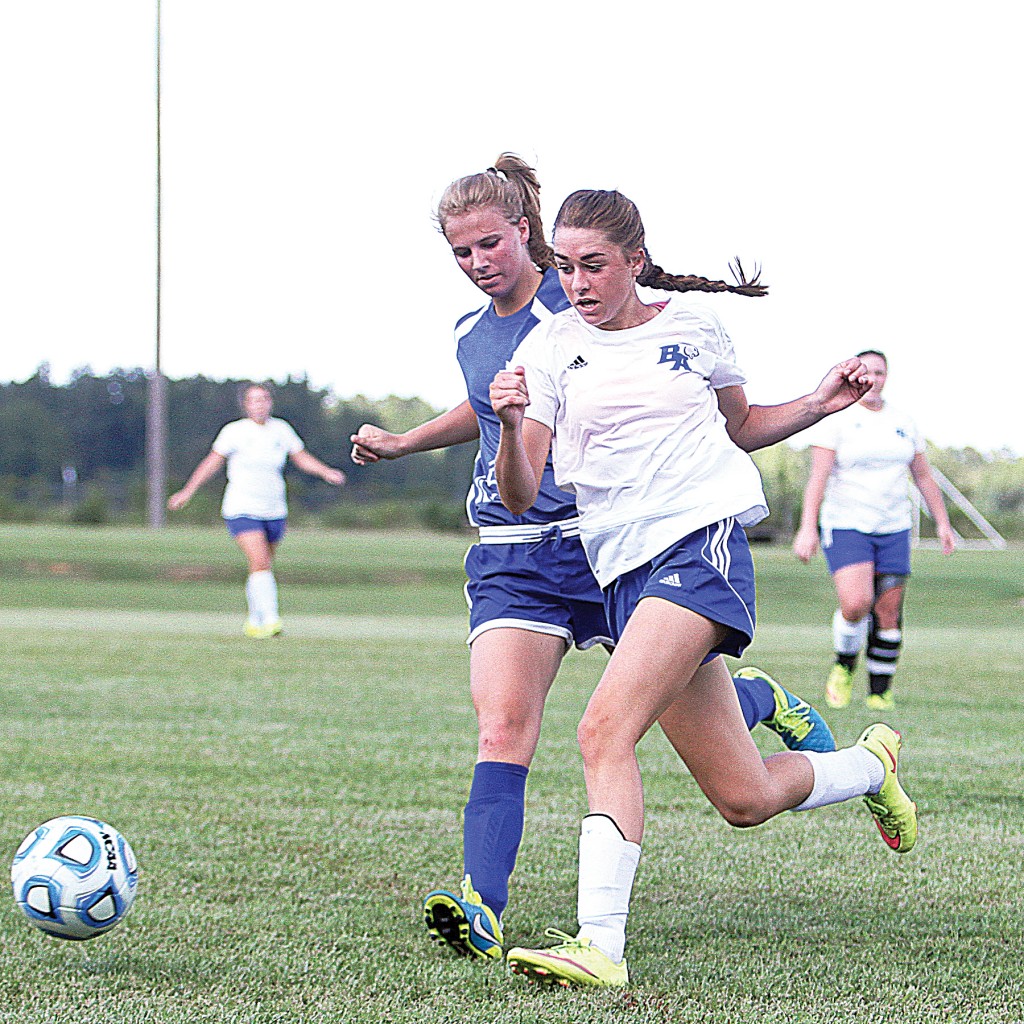 The two sides played a defensive first half, with each team’s defense stopping the opposing team’s offense.

The Lady Rebels moved the ball well and threatened to score in the first half, however, the Cougars’ defense stepped up and stopped their run.

The Lady Cougars would also threaten to score, but the Lady Rebels’ defense ended  the threat.

The Cougars’ Harley Smith led another scoring threat later in the match, which the Rebels’ goalie was able to deny.

Following an offsides penalty by the Cougars, the Rebels’ Bailey Boyd went for the first score of the game, but missed to the right of the goal.

Another untimely penalty would stop the Lady Cougars’ next attack on the Rebels’ goal.

After the defensive stalemate, the squads went into halftime scoreless.

Coming out of the half, Boyd was able to get past the Lady Cougars’ defense for the first score of the game to put the Rebels up 1-0.

Not yet done, Boyd  would once again circumvent the Cougars’ defense for her second score of the game, putting the Lady Rebels up 2-0 in the process.

Refusing to give up, the Cougars’ Julianna Mills would put the Cougars on the board with an assist on the goal from strike Shelby Flumm to put the final score at 2-1.

“I’m proud of the effort from the girls,” BA head coach Mark Leblanc said. “We got beaten on the back line and Boyd was able to outspeed  us. I thought we had some good looks in the final five minutes but we just could not get the ball in the net.”

With four games left, the Lady Cougars (7-8 overall) will head to Natchez Cathedral Monday. The match is scheduled for a 4 p.m. start.