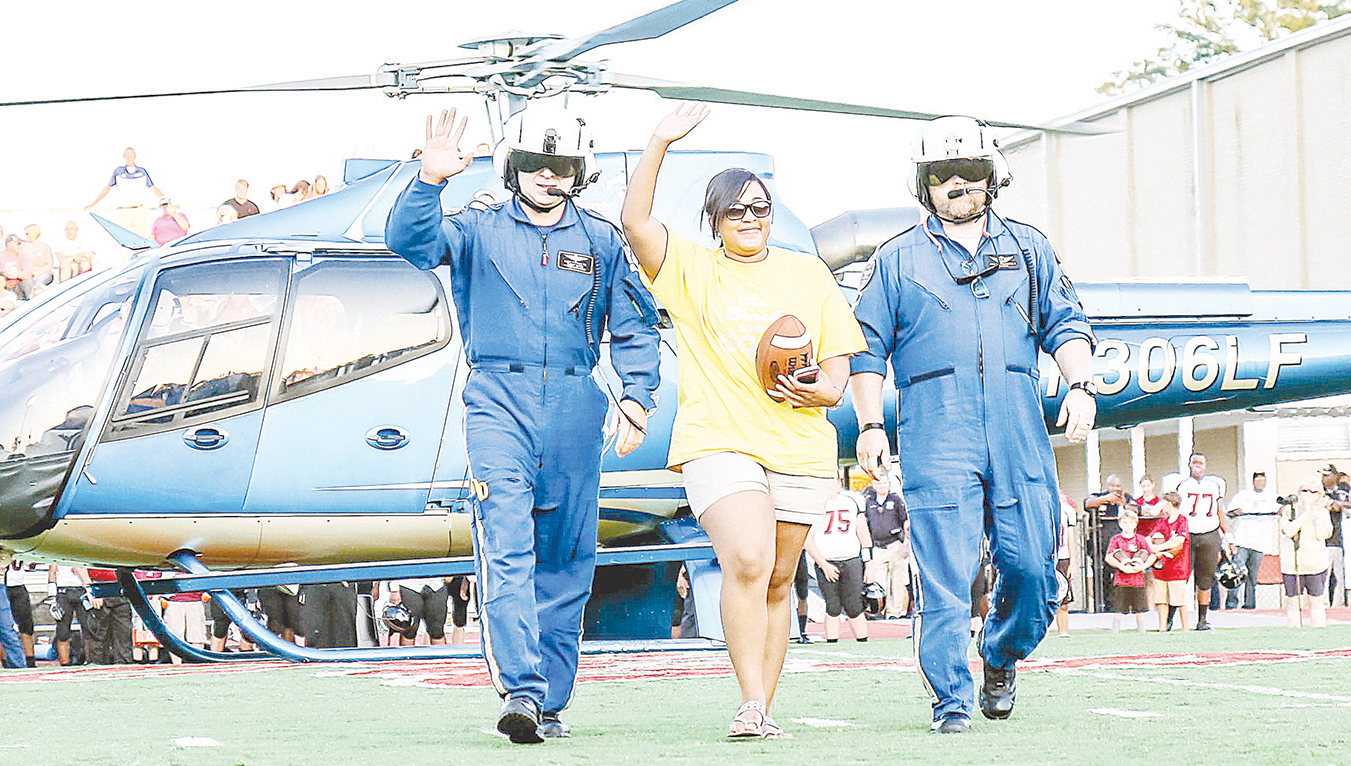 Photo submitted/The crew with LifeFlight-4 out of Brookhaven flew in Brookhaven High School alumni Chasity Gayten (center) a cancer survivor, to deliver the game ball at a recent game. Gayten, a kindergarten teacher’s assistant at Mamie Martin Elementary, was diagnosed with breast cancer during her senior year in 2008. With Gayten are Ricky Pittman (left) and Jack Hourgettes. Not pictured is pilot Ryan Meador.

A Brookhaven mom knows the importance of early detection of cancer.

Chasity Gayten, 26, was a senior at Brookhaven High School in 2008 enjoying her Christmas break when she did a breast self exam and discovered a lump.

It was Christmas Day.

Her mother, Tracey Gayten, died from breast cancer when Gayten was in the sixth grade, and though she knew she was at risk, she didn’t check herself as often as she should.

“I don’t know why I checked, but it was like I heard a voice saying ‘Give yourself an exam,’” she said.

Gayten had not been feeling ill, and was the busiest she’d ever been. Besides working, she was president of the Student Council, she was a class officer, she was on the homecoming court, captain of the flag team, played in the band and was in the National Honor Society.

“I never knew that I had cancer,” she said. “To find that I had it was amazing.”

Her discovery floored her. 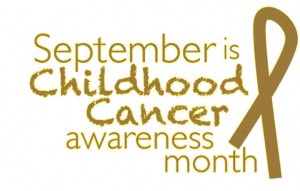 “My heart kind of dropped,” she said.

She thought, “What is going on? I just lost my mom a couple of years ago and the same thing could happen to me.”

Her parents, Willie and Latronda Gayten, her cousin and her boyfriend at the time went with her to the doctor the next day.

“The words came out of her mouth and it was like they faded away.

“‘I’m sorry, you do have cancer,’” Gayten recalled. “I thought my life was over. For the first time in my life, my father cried. My dad is one of the strongest people I know, but his baby, his first born, had cancer and he’d lost his wife to it, too.”

She was at the beginning of stage 2 breast cancer.

“One week I found out I had cancer, the next week I had surgery. The next month I started my cancer treatments. Mine wasn’t as aggressive as other cancers are,” she said. “I caught it right when I needed to. It was God.”

Gayten had enough credits to graduate early, but she fought to stay in school and take more classes. Her teachers wouldn’t hear of it. They wanted her to focus on her health, she said.

A week after the diagnosis she had surgery, and within a month she started the first of eight rounds of chemotherapy. Unlike her mother, she did not have to endure radiation therapy.

She remembers sitting in the bathroom nauseated after her first chemo treatment.

Her father came in and gave her a pep talk.

Encouraging words from her dad was all she needed. She decided to make the best of it and fight as hard as she could. She wouldn’t let cancer win this time, she said.

She even helped decorate for her prom, and even though she didn’t feel well that night, she went and had a good time.

In May, five months after her cancer diagnosis, she walked with her class and graduated with honors.

While continuing her treatments, Gayten enrolled in Alcorn State University with plans to become a teacher, like her stepmother.

Few people knew she had cancer.

“Everybody on that campus just assumed I cut my hair off. But then for me to tell them my story, they were like, ‘Wow,’” she said.

Gayten eventually left Alcorn, but is continuing toward her degree through Ashford University’s online program. That allows her to work and care for her daughter, 3-year-old Caidence Arnold.

She recently started as an assistant for kindergarten teacher Leslie Dearing at Mamie Martin Elementary. It’s the first time she’s spent actual time in the classroom with students.

“This is brand new for me,” she said.

Gayten credits those around her for helping her beat the disease.

“With God and my family and my friends who love me, it made me strong and they prayed for me,” she said. “Prayer changes absolutely everything for me.”

On Sept. 2, to acknowledge that September is Childhood Cancer Awareness Month, Brookhaven High School administrators asked Gayten to deliver the game ball at a Panther football game. She was flown in by Lifeflight-4. It was her first time in the air in anything besides a rollercoaster, she said.

“It was a wonderful experience,” she said. “It made me feel so proud.”

Gayten has about a year and a half to go before she has her degree. She’d love to teach in her hometown.

“That would be an honor to teach in Brookhaven,” she said. “I’m a Panther forever.”

A Brookhaven state trooper injured in a wreck Sunday on his way to help others remains in serious condition at... read more