I remember sitting in the bed of my Papa’s old Ford pickup truck, feet dangling above the gravel as he drove around our neighborhood in Mobile, Alabama.

One hand held onto the rubber sleeve that wrapped around the chain that was holding up me and the tailgate, and the other hand grasped my radio tightly so I wouldn’t drop it.

It was tuned to a country station, because this 9-year-old girl hadn’t yet discovered rock ’n’ roll. My grandparents, who raised me, 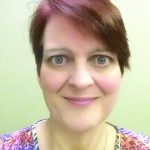 were more the Hee-Haw type and I gladly followed in their footsteps.

One of my favorite songs blared from the speaker. Glen Campbell, my second heartthrob — Elvis was my first — was singing about riding out on a horse in a star-spangled rodeo.

“Rhinestone Cowboy” was Campbell’s largest-selling single, with over 2 million copies sold and No. 10 in the Top 100 in 1975.

Me and ol’ Glenn sang together, “I’m gonna be where the lights are shining’ on meeee,” all summer long.

Glenn was my rhinestone cowboy. I was his polyester cowgirl, riding off to a make-believe rodeo over bumpy roads in my grandfather’s Ford.

I remember it well.

Memories comfort us. They remind us of better times and loved ones. I can close my eyes and remember my Papa, God bless him. I feel the wind tossing my hair in my face and the gravel stinging my bare legs. The only place I loved being more than that tailgate was sitting beside him when he’d let me steer.

Memories are good to have.

In June 2011, Glenn Campbell told the world he’d been diagnosed with Alzheimer’s six months earlier. His family said symptoms of the disease had been occurring for years, and they were becoming more and more evident as the years progressed.

Campbell went on a final “Goodbye Tour,” with three of his eight children joining him in his backup band. He performed “Rhinestone Cowboy” as a goodbye at the 2012 Grammy Awards ceremony held on Feb. 12, 2012, his final televised on-stage performance.

His song, “I’m Not Gonna Miss You,” which he co-wrote and sang, won a Grammy for best song in 2014. It appeared in the 2014 documentary about his diagnosis of Alzheimer’s Disease and his final tour.

The song is about his struggles with his family and his fading memory. It’s a love song of sorts to his wife, Kim: “You’re the last person I will love. You’re the last face I will recall. And best of all, I’m not gonna miss you. I’m never gonna know what you go through. All the things I say or do, all the hurt and all the pain, one thing selfishly remains. I’m not gonna miss you.”

In March, Rolling Stone reported that Campbell was living in a Nashville memory care facility and that he was in the final stages of his disease. He is unable to communicate with other people and no longer understands what other people are saying to him. His family says the singer who released more than 70 albums and sold more than 45 million records is receiving good therapy and was happy.

Sept. 21 is Paint It Purple Day in Mississippi. More than 52,000 people in the state live with Alzheimer’s Disease, according to information from the Dementia Care Network. That number is expected to rise to more than 65,000 by 2025.

To show your support for people with Alzheimer’s Disease and the loved ones who care for them, join me in wearing something purple that day.

And for the great Glen Campbell, I’ll be wearing some rhinestones, too.

Donna Campbell is managing editor of The Daily Leader. Contact her at donna.campbell@dailyleader.com.

Worth the wait: Our day on the second floor

Melanie Wilkes had it right in “Gone with the Wind.” The happiest days are when babies come. 5:25 a.m.: We... read more