The Mississippi Department of Environmental Quality says more than two-thirds of the estimated 6 million gallons of stormwater-diluted sewage that they believed leaked into the Bogue Chitto River from a breach in the levee at the Brookhaven Wastewater Treatment Plant’s storage lagoon Friday was actually contained on site.

MDEQ spokesman Robbie Wilbur on Friday released a water contact advisory for a portion of the Bogue Chitto River from Hwy. 84 to southwest Walthall County saying the agency recommends individuals avoid contact with the water — swimming, wading or fishing — until further notice. 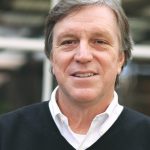 “The earlier estimate of 6 million gallons was our understanding of the combination of stormwater and wastewater lost from the lagoon, but we confirmed today that 4.7 million gallons were contained on site,” Wilbur said Monday. “The current estimate is that 1.3 million gallons of stormwater-diluted sewage was discharged to the river. We are awaiting analytical results for the impact to water quality.”

Cox said the recalculation of volume lost takes into account the amount from the storage ditch that was flooded to contain the water.

Cox said the breach has been repaired and work across the top of the levee should be completed today.

The plant at Brookhaven, located at the intersection of Hwy. 51 and Hwy. 84, treats 3 million gallons per day. The storage lagoon contains about 80 million gallons of stormwater and diluted sewage, said Ralph Augimeri with Mitchell Technical Services, which has contracted with the city for its water and wasterwater service since 2012.

The 40-acre lagoon is across the railroad tracks east of the plant. Augimeri suspects a beaver may be the culprit.

“It looks like one of the burrows may have undermined the levee wall,” he said Saturday. “It took out a portion of the dike.”

Beavers are known to burrow into levees and chip away at the embankments. It hasn’t happened in Brookhaven before, but it’s a common problem around the nation, he said.

Augimeri said the leak was discovered Friday morning during a routine inspection and crews immediately put a temporary plug in it.

The lagoon was built about 1964 and is maintained according to MDEQ guidelines, Cox said.

He said initial lab results indicate there is no negative impact downstream.

Photos submitted/The staff of Brookhaven Animal Hospital waited tables dressed as characters from “The Wizard of Oz” at the 12th... read more