Shooting on South Second Street was possibly over a woman

He’d been shot in the left leg with what appeared to be a shotgun, said Chief Bobby Bell.

The victim, who has not been identified, was taken to a Jackson hospital with non-life threatening injuries. 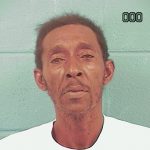 Police were headed to the scene of the shooting, a home on 625 South Second Street, when they found the victim.

They later arrested Grady Autman, 60, 425 Center Street, on a charge of aggravated assault.

The police chief said it appears Autman shot the victim through the window of the home.

“It looks like they were dating the same woman,” Bell said.

The shooting remains under investigation.

If you have information regarding this incident, call the Brookhaven Police Department at 601-833-2424.

A new ordinance allowing the city to monitor usage and internet traffic of city-owned devices was passed into law at... read more