Library preserving the past for the future by digitalizing photo collections 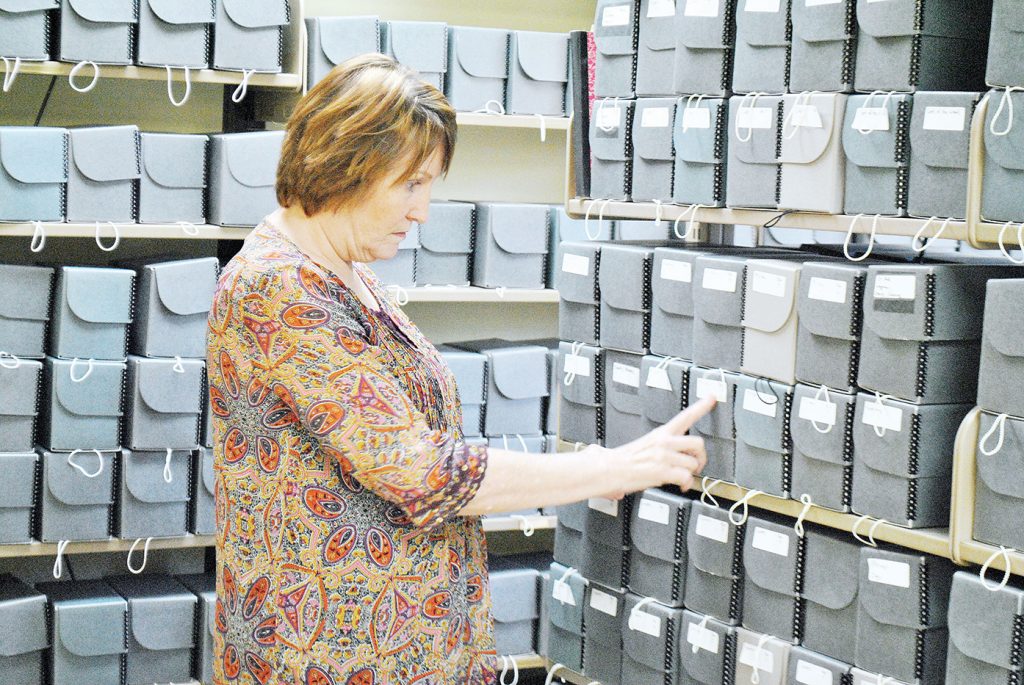 Photo by Aaron Paden/Billie Smith looks over rows of boxes storing hundreds of thousands of photos in the Don Jackson collection at the Lincoln County Public Library Wednesday. Smith said the library is sorting the collection.

Photos and negatives numbering into the hundreds of thousands — stacked in boxes in an upstairs room in the Lincoln County Public Library — are waiting to be digitized and documented for posterity.

And while each image is recaptured through digital technology, the collection continues to grow.

There are currently three separate collections of photos at the library — with each containing thousands of photos.

Henry Ledet, director of the Lincoln-Lawrence-Franklin Regional Library System, said it all began in 2003 when the library was given a $25,000 grant to preserve a collection of photos from the historic Whitworth College downtown that eventually became the Mississippi School of the Arts.

Two other collections — from prolific local photographers John Holly Williams and Don Jackson — were later entrusted to the library. Technical Services clerk Billie Smith has been working to digitize photos from the collection, starting with the negatives, which are easier to digitize and in greater danger of degrading.

The library is also putting photos online, with over 4,000 photos available for viewing on the library’s Flickr account at flickr.com/groups/1639729@N22.

“Once you start looking through them, you don’t want to stop,” Smith said.

She said word has been getting out about the photos, and more and more people are coming to ask about them. But with the sheer number of pictures in their possession, it can be difficult to find individuals. The photos are also often not labeled with the names of the people in the image.

Ledet said he hopes the photos will eventually be searchable and available to library patrons. It’s a collection that Ledet said has tremendous historical value for the area.

The collection has also started to receive attention from outside of Brookhaven and Lincoln County.

“We’ve had requests for pictures from news channels — I think it was MSNBC — and of course people from all over the country contacted us looking for pictures,” he said.

Ledet said one photo from the collection is currently being displayed at the National Museum of African American History and Culture in Washington D.C.

Board says OK to Bible study at Mamie Martin

In a fast-paced meeting, the Brookhaven School Board completed its business in about 10 minutes Tuesday evening. Most of the... read more