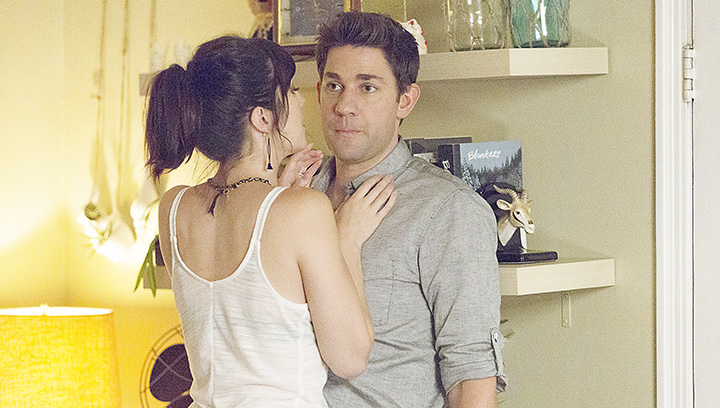 Some of the nurses at King’s Daughters Medical Center are grabbing their tissues and big boxes of popcorn this weekend as they settle in to watch some of their co-workers on the big screen.

A group of nurses from the second floor surgical station are getting together for the Brookhaven debut of “The Hollars,” a film directed by John Krasinski two years ago in and around the Home Seekers Paradise. The movie is playing today through Wednesday at the UA Westbrook 4 in Brookhaven. Theater manager Danny Bland said they may add showings if the public support is good.

“The Hollars,” which also stars Anna Kendrick, Margo Martindale, Mary Elizabeth Winstead and Richard Jenkins, is about a dysfunctional family dealing with a terminally ill mother. Krasinski, who also wears director and producer hats, plays the main character John, a graphic novelist living in Manhattan with his pregnant girlfriend (Kendrick) who is a pet-clothing designer.

Because mom Sally (Martindale) is in the hospital, many scenes were shot at KDMC, which is Knight County Hospital in the film.

The movie includes several shots of the hospital lobby, the operating room and a hospital room.

“KDMC is very excited that ‘The Hollars’ will be at Westbrook Cinema,” hospital spokesman David Culpepper said last week when Regal Entertainment Group, which operates Westbrook, announced they’d be showing the movie in Brookhaven after all. “With so much of the film shot at KDMC and in Brookhaven, it is a great opportunity for those who have parts in the film to be able to watch here at home with family and friends.”

The second floor surgical nurses’ station is also seen in the movie.

“We want to go see it because a lot of it was filmed at our nursing station,” Leggett said.

She saw it once already when it played in March at a film festival in Jackson. “I thought it was great, really great,” she said. “It’s really sweet.”

She recognized several of her co-workers, who were extras in the movie.

Some of the scenes were shot at St. Dominic Hospital in Jackson. In one scene in particular, Krasinski is wheeling his girlfriend through a glass corridor. When he starts pushing her they’re in KDMC, but the glass walkway is actually at St. Dominic.

“They do that so well, if you weren’t from here, you’d never know that (scene) was filmed in two different hospitals,” she said.