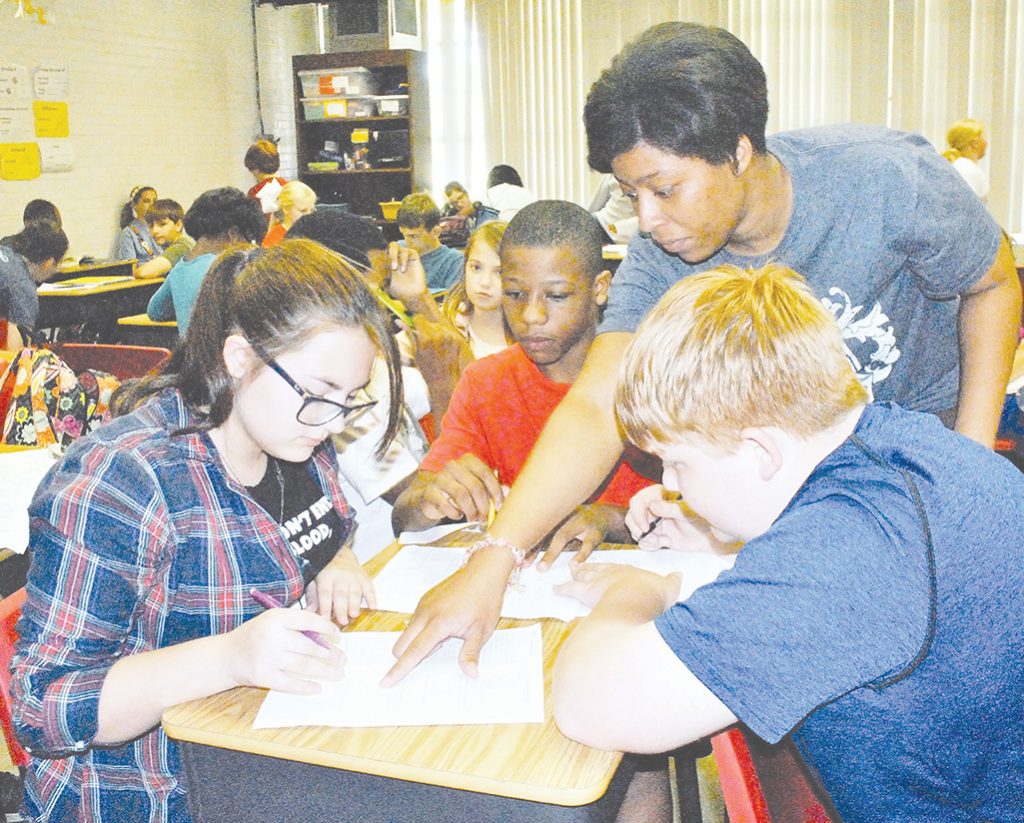 Learning long division can be a chore for some students, but one sixth grade math teacher at Lipsey School found a way to make it fun, all while incorporating the other subjects.

Students were given a hypothetical budget and tasked with running their own cinema business. Math teacher Shunta Davis said the idea came to her when Principal Rita Robinson suggested students needed be involved in outdoor field days to incorporate school subjects with the real world.

One of the goals of the project was to connect math with some of the students’ other subjects — like language, reading and art. Students spent some time comparing the differences and similarities between movies and books. Then they created movie posters and came up with a name and theme for their cinema business.

“They came up with some pretty cool names,” Davis said.

Students really took to the project, many coming up with creative names and themes — like the Royalty Theater where patrons are dressed to impress.

However, just as in running a real business, math was an important focus of the project. Students had a set budget for their cinema, and they needed to use long division to determine how much money they were spending  on necessary equipment like projectors.

In the end, students had to determine how many tickets needed to be sold for their cinema business to turn a profit.

Also involved in the unit was the Lipsey Parent Teacher’s Association, who provided most of the funding for a trip to the cinema at the unit’s conclusion. Students will be visiting United Artists Westbrook 4 today to watch “Storks,” and most of the money for tickets and snack packs came from the PTA. Davis said individual parents also helped pay for the event.

Wesson woman killed in I-55 crash in Copiah County

A 51-year-old Wesson woman was killed Wednesday in a crash involving a semi-truck, authorities said. Cpl. Eric Henry with the Mississippi... read more