Revenues up, surplus down in city budget

Despite a jump in Brookhaven’s projected revenues for the 2016-2017 fiscal year, the projected surplus is down from the final 2015-2016 budget. 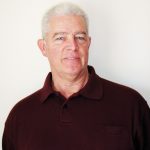 The projected 2016-2017 Brookhaven budget is largely similar to the previous budget, but there are some important differences.

Jinks said a large portion of state shared revenue comes from grant money, and the frequency and amount of those is always uncertain. City administrators rarely know if they’ll be awarded a grant they’ve applied for, and if they do know they don’t always know how much it will be for.

“Unless we know when the money’s coming in, I don’t put them in (the budget) until they’re actually received,” Jinks said.

Expenses in the general fund are also projected to be up $418,443 from the 2015-2016 final budget. A major source of the increase are consumable supplies for the Brookhaven Police Department, up $134,500 from last year, largely because of increasing costs for prisoners.

According to Jinks, the BPD will be required to pay the Lincoln County Jail $35 a day per prisoner, up from $20 in the previous budget.

According to Jinks, the difference in expenditures is because the city has expanded their water treatment coverage. The city also contracted Mitchell Technical Services to maintain the plant at $115,000 a year.

At $1,089,700, projected solid waste revenues are down $483,800. State law requires that solid waste is primarily funded by fees, but does allow a small millage.

Jinks said the millage was intentionally removed from solid waste this year, because the service was paying for itself from fees.

Expenditures are actually slightly above revenues, at $1,272,100, but because of the starting cash balance, solid waste is projected to have a cash balance of $54,300 at the end of the year.

State of the budget

Jinks said overall that he felt like it was a good budget.

“There’s stuff in there that is budgeted that may or may not come to pass,” he said. “In general, we always under-budget our revenues and over-budget our expenses.”

Jinks said it was important to never overestimate revenues, but overestimating expenditures can be good for insurance.

Photo by Sherylyn Evans/Sophie Love Wilson, daughter of Jeff and Missy Wilson and escorted by her father, was crowned the... read more