According to his July 1 indictment, Thomas forced open the door of a 2008 Nissan Altima registered to Tammy Lee Britt, with the intent to steal.

Thomas was sentenced Monday to four years in the custody of the Mississippi Department of Corrections, with one year to serve in house arrest. 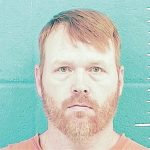 If Thomas successfully completes the house arrest program, the remaining three years will be suspended, and Thomas will be placed in post-release supervision.

Thomas was also ordered to pay $2,500 in restitution.

Henry A. Bracey, 37, pleaded guilty Monday to conspiracy to possess a stolen firearm.

Bracey pleaded guilty to possession of at least two but less than 10 grams of cocaine on Feb. 11, 2014.

Bracey shares the indictment with Pearly E. Thomas and Michael W. Carroll, who are also accused of possessing the firearm illegally. 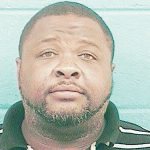 Bracey was sentenced Monday to five years in MDOC custody.

He will spend 364 days in house arrest, with the remaining four years suspended upon successful completion.

Bracey was also ordered to pay $2,500 in restitution.

Photo by Johnny Smith/Students visit recently on one of the benches in the pedestrian corridor at Copiah-Lincoln Community College. A... read more