A Copiah-Lincoln Community College football coach and one of the Wolfpack players were arrested Tuesday after they were caught with marijuana during a traffic stop, according to authorities. 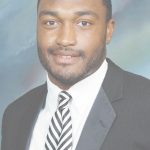 Safeties coach James Scales III, 7707 Summit Ridge Road, Summit, North Carolina, was arrested at 8:05 a.m. Tuesday after police pulled him over on Lester Furr Road in Wesson for  a traffic violation and found him in possession of marijuana.

Wesson Police Chief Chad O’Quinn said Scales, 24, was charged with possession of marijuana in a motor vehicle. Scales’ bond was set at $500.

Erick Grossley, 19, 526 Solomon Road, Greenville, was in the car with Scales at the time. Grossley, a freshman tight end on the team, was also charged with possession of marijuana in a motor vehicle, O’Quinn said.

Both men bonded out and are set to appear in court on Oct. 27.

Lucas Calvert, the sports information coordinator at Co-Lin, said he is not allowed to discuss personnel issues with the media.